Owning everything under the sun, Disney has reached a point where they can commit franchise murder and nobody would blink an eye.

Looking for a brand new venture, they’ve started to adapt many of their animated properties into live action. With variations of “Mulan,” “Beauty and the Beast” and “Peter Pan” on their way, Disney won’t be stopping anytime soon. All we can do is hope they’ll bring something new while honoring the spirit of the source material. If “The Jungle Book” is any indication of what’s on the horizon, I’m on board.

Raised by wolves, Mowgli [Neel Sethi] has known nothing but the jungle for most of his life. When the fearsome tiger Shere Khan [Idris Elba] vows to kill the man-cub, Mowgli must leave the jungle or watch everyone he loves suffer the consequences.

To guide him on his journey to the man village is Bagheera [Ben Kingsley], an overly protective panther, and Baloo [Bill Murray], a carefree bear content with the bare necessities of life. Both struggle to keep Mowgli out of danger as he stumbles upon the temptations of the jungle including a devious snake [Scarlett Johansson] and a larger-than-life orangutan [Christopher Walken].

Not only does “The Jungle Book” act as a respectable homage to the Walt Disney classic, in many ways, it surpasses it. Those seeking a faithful adaptation of the Rudyard Kipling novel of the same name need not apply, as this interpretation of the tale is based upon its animated predecessor. But don’t fool yourself, this is not the G-rated family film you might expect.

Animals may speak and sing, yet they still inhabit a world in which predator and prey dichotomy exists, and a young human thrown into the mix only complicates matters. Beware, as some children may be frightened by some of the more darker, intense moments.

While his performance could use some tweaking, Sethi made a great  Mowgli, bringing a sense of childlike wonder to the vast landscape of the perilous jungle. It’s even more impressive when you understand how the production came to be.

At the end of the credits, you’ll see “Filmed in Downtown, Los Angeles,” a term that should feel familiar by now, but, in this case, signals a game changer in the Hollywood system. About 99 percent of what you see on screen was shot in a studio backlot against a green screen. No sets, no practical effects, no exotic location shoots, just Sethi acting against nothing.

“The Jungle Book” works with such a simple story, focusing more on character moments and the fact that a first-time actor managed to bring heart and emotion to creatures he couldn’t see only adds to the performance.

Despite their conception being left to a computer, every animal littered throughout the film is photorealistic to the nth degree.

Rarely will you doubt that you’re looking at anything other than a tiger, bear or panther. While Sethi had the hardest job among them all, credit must be given toward the voice actors for their tremendous performances. On the lighter side, Ben Kingsley as Bagheera is the coddling parental figure that we all remember, wary to let Mowgli dare get out of his sight, only jumping into violence when he has to.

On the other hand, there’s the man, the legend known as Bill Murray, voicing our favorite happy-go-lucky bear Baloo. He’s always ready with the quips and easy tricks necessary to live a successful life in the jungle. Lazy to a fault, but when danger is on the horizon, Baloo thrusts into action to protect the man-cub he’s come to know and love against the predator that everyone fears.

When I mean predator, I don’t mean Johansson as Kaa, the slick snake whose screen time is less than advertised. That said, she makes a good impression as the character that’ll you leave scratching your head as to why they kept her in to begin with.

I would gladly give her up for five more minutes of screen time with Walken as King Louie, a role he was born to play. Needless to say, when “I Wanna Be Like You” comes on, unlike the original version, I was entertained and petrified at the same time. All I’m going to say is prepare for many sleepless nights.

To say that Elba’s casting as the intimidating Shere Khan was a match made in heaven is an understatement.

In this interpretation, a clear motivation is given to his quest to spill the man-cub’s blood. Used sparingly, his presence is sure to cause fright wherever he roams.

As fairly predictable as the plot may be, what makes this adventure work is not where it’s going, but rather how. Director Jon Favreau crafted something out of nothing, letting his imagination run loose and wild. “The Jungle Book” is a technical marvel with lovable characters brought to life by pristine CGI, all heading toward a riveting climax made grandiose by James Newton Howard’s captivating score. 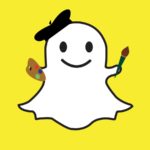 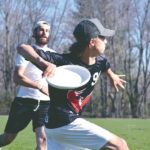