The importance of public speaking

There are a few situations in this world that, once someone is put in them, can be feared more than death itself. Some of the most common fears and phobias areheights, being in  small spaces aandbelieve it or not, the fear of public speaking is right alongside them.

According to Psychology Today, surveys show that 75 percent of the population struggles with a fear of public speaking to a certain degree. Standing up in front of a group and talking is so frightening that, in fact, it is listed at the top of American’s fears.

This anxiety towards public speaking, however, does not stop Keene State College Professor Robert Schaumann from teaching the subject.

“Your credibility is often defined by how effectively you can deliver a purposeful message to a group, whether it be five colleagues at the conference table or five-hundred people in an assembly hall,” Schaumann said. He continued, “It’s not just delivering the words or talking to them [the audience]; it is the ability to engage the audience throughout the presentation. Good presentations are not only about speaking well, it is all about the quality of the connection between the speaker and the audience.” 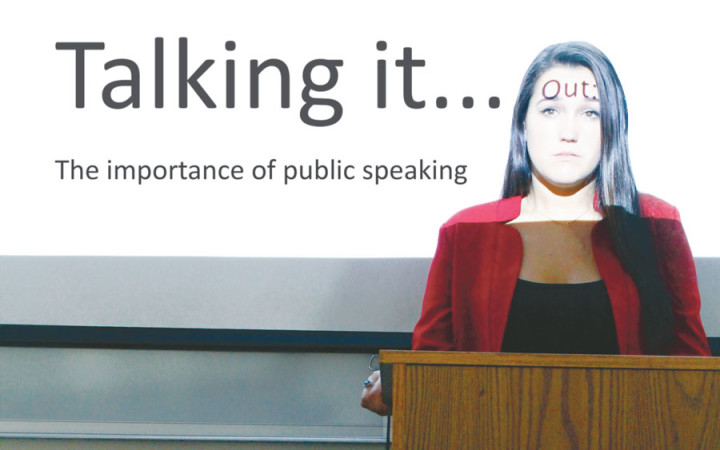 Schaumann said that if the campus was  not to make public speaking courses available, it would suggest that we are not fully preparing students for success in a world in which one’s ability to effectively communicate is crucial.

“The business world wants good communicators,” Schaumann said. He continued, “Upon graduation, one will constantly find themselves doing presentations to colleagues, customers and within communities.”

Many students who have partaken in public speaking courses at KSC have been able to use the tools taught in the classroom in real-world experiences.

KSC sophomore and Journalism Major Justin Mahan said that he took a public speaking course during the fall semester of his first year.

“I am now the After Hours Coordinator for the Student Center and it [the course] really helped me with speaking to the audience and being comfortable talking to a large amount of people,” Mahan said.

Mahan said that he enjoyed the class and had a positive experience with the professor, which led to the public speaking aspect of the course being natural to him.

KSC senior and dual major in Management and Economics Alli Mensh said that her public speaking experience was in the spring of 2015.

“I got really lucky actually,” Mensh said, “I had [Professor] Peggy Parchello and she was pretty awesome. I talked to a lot of the people that I tutor and they had told me who to take because some people have had really bad experiences with certain professors. I liked public speaking to begin with, but I enjoyed the class as well.”

Mensh said that the high school she went to had done a great job preparing her for public speaking, which had made the course she took in the spring somewhat of a review. “I don’t know if I learned a lot [from the course] because I already knew a lot of what she was talking about,” Mensh said, “But for people who had never taken a public speaking class, you probably did learn something. I think she [the professor] did a really good job with giving you tips and tricks and stuff so that you’re not nervous.”

Both Mahan and Mensh said they agreed that at least one public speaking course should be required for all students, regardless of their major.

“At some point during our life, no matter what career path you go into, you are going to have some sort of level of public speaking,” Mahan said. He continued, “We are going to have some sort of experience where we need to address a large group of people. I think that for our generation specifically it is important, especially because a lot of us cannot get through a sentence without saying ‘like’ every other word.”

Schaumann said he also agreed that all students should take a public speaking course, and had similar reasoning.

“Regardless of one’s major, upon graduation, whether engineering, nursing, marketing, management, or teaching, one’s ability to express themselves and communicate before an audience is paramount,” Schaumann said.

0Shares
0 0
Cats versus dogs: the pros and cons of each Previous
Students bring Love Your Melon to KSC campus Next 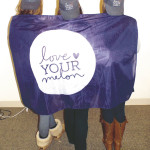