Pumpkinfest was a pumpkin-filled Halloween tradition in Keene, N.H. for 23 years.

However, the annual festival was cancelled after riots broke out at the event in 2014.

KSC junior and film major Gavin Key produced his documentary, “Let it Shine: The Story of the Pumpkin Festival,” which outlined the history of the festival.

Growing up in Keene, Key said Pumpkinfest was a huge part of his childhood.

“I grew up with the Pumpkin Festival,” Key said. “It was a huge deal, especially to a kid, it was like Disney World coming to town every year, it was insane.”

Key added that attending KSC as a Keene local has given him the chance to inform his peers about the festival.

Since that moment two years ago, Key has been busy planning and filming the documentary. The first step, he said, was reading Sporborg’s book about the festival, which he reread five or six times.

“The first step production-wise was getting Nancy involved and her former board because if she said no, I knew I couldn’t make the movie without her,” Key said.

He added, “If you watched the film, you’ll notice [Sporborg] is very emotional and that she has a real connection… Pumpkinfest was her baby.”

Following the Pumpkinfest riots of 2014, there has been hesitancy with the city hosting another pumpkin festival. The festival has not happened since, but will return this year on a smaller scale under a new name, The Gathering of the Gourds, on Oct. 22, according to the event’s Facebook page.

“Living here my whole life, I know a lot of people when it comes to small town drama and local politics and the wound has not totally healed,” Key said. “It’s a pretty sensitive subject and the big debate is, ‘should [the council] have canceled the festival?’”

Key said he made this documentary in an effort to give the public a different perspective of Pumpkinfest, outside of the events from 2014.

“My goal was to not shy away from the darker side of Pumpkinfest, but to also show what happened and [inform] that’s not what the festival is all about.”

The documentary was featured in the 10th annual Monadnock Film Festival (MONIFF) Sept. 27 to Oct. 6.

“MONIFF had a smaller festival this year… so my film wasn’t in person, it was part of their virtual festival,” Key said.

Additionally, the documentary will be screened at Keene’s Colonial Theatre on Oct. 22 at 2 p.m. and will also be showing at KSC’s Putnam Theater Oct. 24 at 7 p.m. 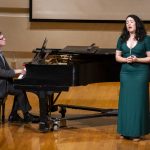 Raylynmor Opera performs at KSC Previous
Take Back the Night Next 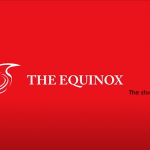