Keeping up with fire codes 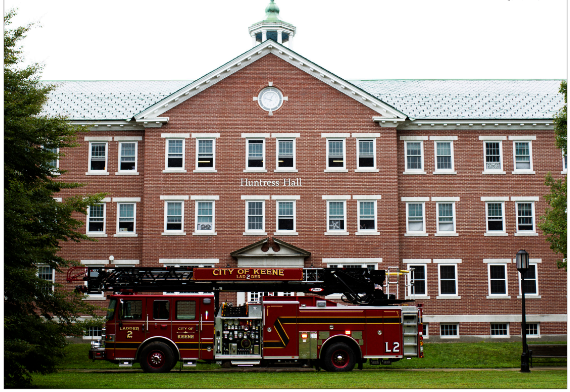 In recent weeks, there has been a noticeable presence of maintenance staff, particularly at the Redfern Arts Center and the Elliot Center.

Colin Burdick, the construction clerk of the works, said that back in 2017 during an assembly permit inspection, the college was notified of certain things that needed updating in the Redfern.

“[The state fire marshals] picked up on some things that we weren’t even aware of that caused some concerns for them, which led to this massive project,” he said.

When it comes to the timeline, Burdick said he expects Redfern to be completed “all in the next summer, and then some.” He also noted a building like the Elliot Center would take a similar amount of time. “It depends on the age of the building you’re looking at, the current condition, and essentially whether or not the jurisdiction deems it a safety hazard,” he said.

The National Fire Protection Association (NFPA) makes the codes that must be followed in any building. These codes are updated every three to five years, with the most recent update having been in 2018. The three codes that spurred the Redfern and Elliot renovations are the Fire Code, the Life Safety Code and the Building Code. “Building code may say one thing, life safety code says the same thing only different. Who is more stringent?” Burdick said, talking about how they know what changes to make in buildings.

Building inspections take place annually, but Burdick said there’s been some issues due to low-staffing in the City of Keene and the State Fire Marshals. Despite staffing shortages, the inspections have still taken place and, according to Burdick, this stems from the January fire that set Cobblestone Ale House ablaze.

“All of our spaces do get inspected on a yearly basis, whatever violations are found, as reasonably as we can get attended to,” Burdick said. “They’re both going through our spaces now, so it’s been a lengthy process because we have a lot of buildings on campus.”

Back in early January of this year, Cobblestone Ale House, a once-popular bar in downtown Keene, caught on fire after a fryolator exploded, according to Keene Fire Chief Mark Howard. The building that once housed the bar has since been demolished due to irreparable damage.

Following the massive fire event, the State Fire Marshals and the City of Keene have gone back and re-reviewed buildings across the city for violations, including on-campus buildings.

“All of our buildings are now gonna be fully inspected, so there’s things that we’re finding that probably should’ve been fixed a while ago but have never been brought to our attention in this way, so it makes us feel better and confident that our buildings are safer by having these annual checks and then keeping on top of things,” Burdick said. 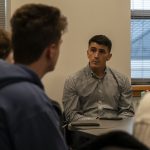