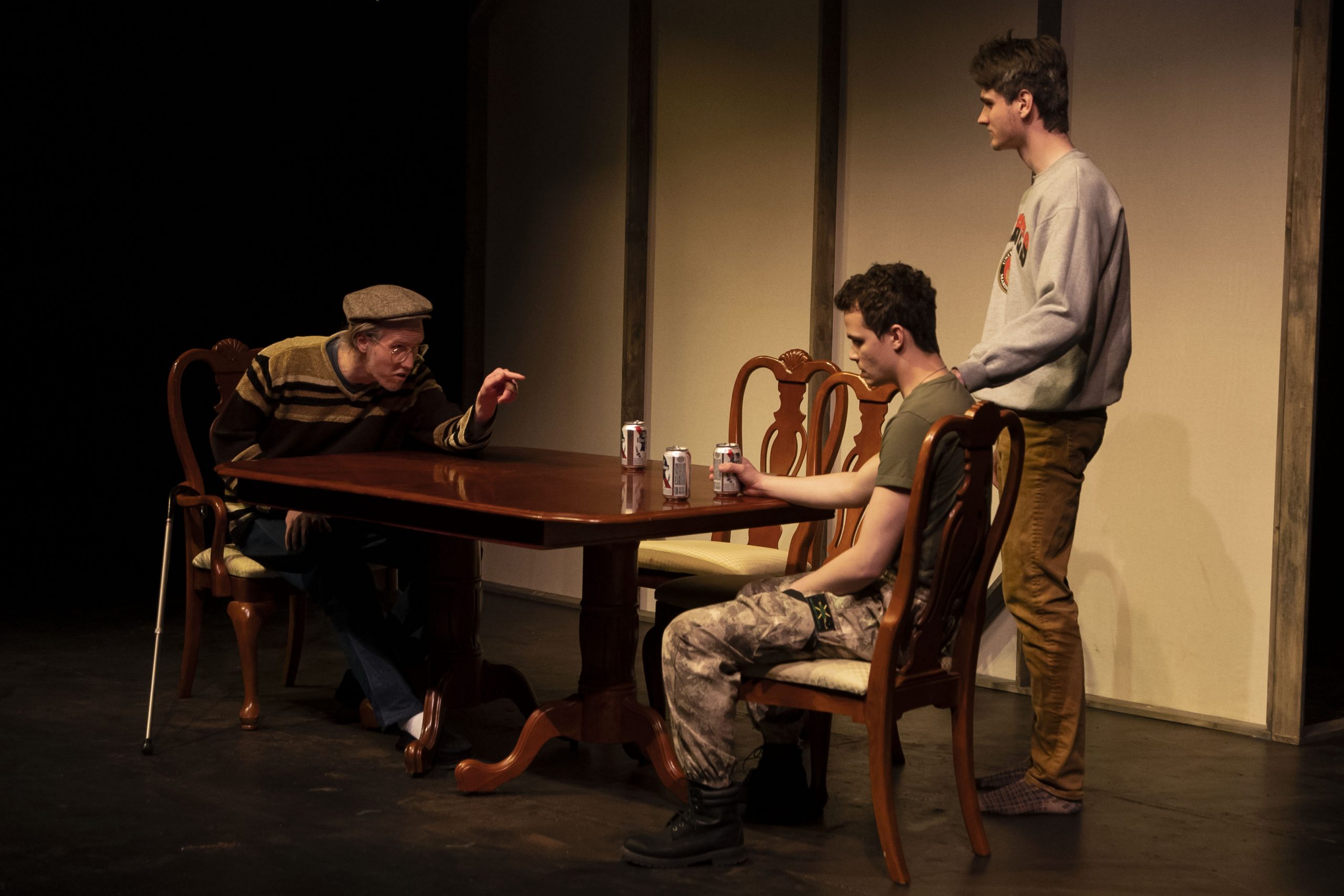 KSC’s Theater and Dance (TAD) Department held their annual senior capstone presentations at the Redfern Arts Center on April 28 and 29.

Senior theater tech major Dove Bazewicz presented costume designs based on the musical “Apocalypse: WOW!” during the tech-expo night. “I broke down each character into images, I came up with a pose that I wanted to draw for their costume and created a freeze frame for each character,” Bazewicz said.

Bazewicz described how her work reflected upon the musical’s image. “It’s a very fourth-wall-breaking, dark humor musical… I decided to introduce the characters in their own voices and you can tell with [my] costumes how they hold themselves,” Bazewicz said.

Senior theater tech major Molly Delaney did their capstone presentation on stage managing. “For my focus, I wanted to prepare myself as much as possible to go into my career in a couple of weeks,” Delaney said. “[I] really focused on honing in on those skills and communications.”

In terms of stage managing, Delaney focused on the show “Hell and Back”, directed by senior Jaden Rogers. The show told the story of three generations of veterans: grandfather, father and son. It featured senior Christian Frazier, and juniors Patrick Eckland and Gabe Schatz as son, father and grandfather, respectively. The cast also included junior Erika Walker as Jodi, the wife of the son Frankie.

“The show is essentially about Frankie’s homecoming dinner with his family and some reactions take place that are symptoms of PTSD… he’s going through the acknowledgment of it but also the denial,” Walker said.

Delaney also served as the stage manager for the first performance of the night, “Hollow Bodies”, devised by seniors Amanda Smith, Veronica Pamphile and Cassidy Doherty. “It really transformed into a piece about women being a delicate flower,” Delaney said. “It [was] like [seeing inside] a woman’s subconscious and how a woman’s subconscious is a garden that society can affect.”

While stage managing, Delaney closely studied the characters and their movements on stage. “I know [the actors] as individuals, but knowing them as creators, and having this idea in the show just brought our connection to another level,” Delaney said.

Delaney also stage-managed for the next performance “I Don’t Know What I’m Doing”, a cabaret-style piece by senior Maddy Alter. “It’s basically a memoir to herself of her college years… These songs are representative of her during that time,” Delaney said.

“In Hindsight”, written and devised by seniors Grace Kennett and Justine Ann Sanchez explored different stages of life. “Hindsight was the cycle of life depicted by the relationship between the guiding light to the guiding spirit light, a curious being who looks for a purpose and path to success,” Sanchez said.

The final presentation was “Sonder”, devised by Walker and junior Sean Gregoire. “I came to Sean with this idea… A show that was a reality outside and out in the open, and then the reality of someone’s brain. And Shawn [suggested] we could play on consciousness and the awakening of adolescence consciousness,” Walker said.

“Sonder” contained projected childhood photos of Walker and Gregoire and also included a video that depicted them as children outside. “We really focused on childhood and how the dependency on childhood is transforming into adulthood,” Walker said.

The capstone presentations not only showcased the hard work of TAD students, but also prepared them for life past KSC. “Overall, the department successfully set me up to go into my career… I was able to successfully complete this major in three years,” Delaney said.

Reflecting on her time with TAD, Sanchez said she appreciated her peers and mentors that helped along the way. “If it weren’t for the people who came to observe [“Hindsight”], we wouldn’t have shaped it to what it was,” Sanchez said. “… Also a huge shout out to Kirstin [O’Brien] for making this possible.”

Bazewicz mentioned how theater is a collaborative effort. “Theater in general is just not one color fits all. It’s everyone coming together to create the story and tell it together.” 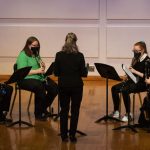