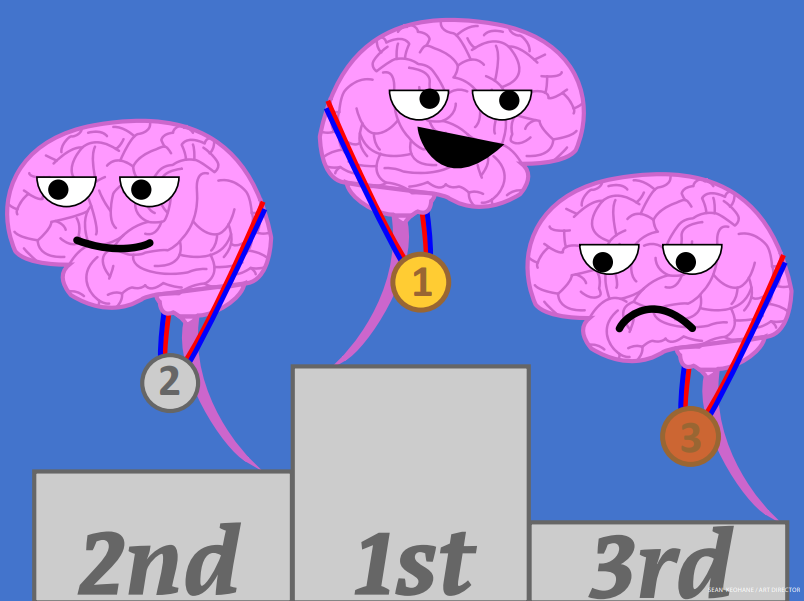 How is an athlete’s mental health impacted by losing?

The inevitable downside to any sport is that there’s always a loser.

Losing can take a toll on the mental health of athletes, but at the end of the day it can also be seen as a learning experience.

When asked about how that loss felt for her, Kennedy said, “This was my last season so there was a lot of emotion, like ‘This was my last time… I wish I did this differently.’”

Kennedy continued by saying, knowing the team had the skills to beat Castleton took a toll on her, but there’s always a brighter side to look at.

As a team captain, Kennedy has high expectations not only for her teammates, but most of all herself. When they lose, it can be a hard thing for her to accept.

“…It’s my job to have the team ready, my job to make the team good, and so when we lose I feel like it’s my fault, that I didn’t do everything in my power to get my team there,” she said.

Sophomore volleyball setter and psychology major Josie Sarno and her teammates lost their LEC semifinal game on Thursday, November 4, to University of Massachusetts-Boston.

Like Kennedy, Sarno also said that for her, thinking about the positives rather than the negatives of losing helps her.

“We play sports to win but there are other factors that contribute to that so, for me, I like to think of the positive too in that moment [of losing] and it’s kind of like, ‘Well, I put my heart and soul into this. I trained, and I practiced, and I made connections with people, and it’s ok,’” she said.

That’s not to say that losing isn’t a hard experience to go through for athletes. Sarno said that the positives of the game aren’t necessarily the first thing that come to mind. “I think the first thought is definitely negative thoughts, like it’s hard to come up with positives in the moment, but once you have that time to sit back and relax and think about what just happened there are positives that can come out of it,” she said.

Sarno went on to say that her teammates are really what help her through those rough spots. Without a team, none of it could be accomplished, and her team provides an easier way for her to snap out of the feelings and thoughts of losing. Sarno appreciates the support they give her, whether they win or lose together.

“I think having people there to support and uplift you is very important. If you’re kind of sitting on the sidelines after a loss by yourself, and you have all these crazy thoughts going in your head…Those thoughts are easy, like it’s easy to think about those things, but when you have people there that are trying to support you and say ‘Hey, we did our best’, like ‘We had fun together, this was a great season, we did good things’, and that can give you a better outlook or a different perspective, so I think that’s really important to have people surrounding you and have your teammates surround you and help you kind of get out of that quick moment where you have all these negative thoughts,” she said.

No matter what sport they are a part of, all athletes have winning and losing in common. Sarno said that athletes can take the loss very personally at times.

“I think that a lot of athletes are really hard on themselves, especially at a DIII level. You do so much to win and then it’s just so hard to not think negatively about yourself, like you just put your heart and soul out there and you still lost, it really sucks. I think that it’s a hard thing to overcome and it’s a hard thing to think positively after a loss,” she said.

To add onto that, Sarno said, “I think the hardest part is knowing you gave it your all and knowing how much work you put into this, and still not getting the outcome you expected. There are other outcomes and skills that you learn through the whole process and through losing. I think that you learn a lot from losing, and how to motivate yourself and succeed in the future.”

While losing can be a poor experience, both Kennedy and Sarno said that athletes can take that as an opportunity to grow and as a source of motivation.

Sarno said the bittersweet truth, “You have to know the feeling of losing to work harder so that you never know that feeling again.” 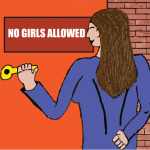