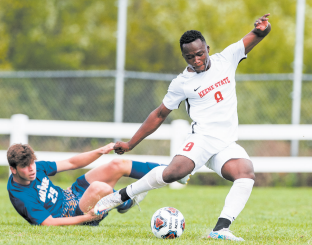 Keene State Men’s Soccer was dealt a 3-1 loss at the hands of Western Connecticut, continuing their losing streak.

The match was hosted by WestConn at their Westside Athletic Complex Saturday, September 25. This was the Owl’s first game in league play. The first goal of the matchup was scored by Owl’s senior midfielder Vance Bates 16 minutes into the contest. Bates shot the ball from the far left side of the box into the top right corner to give the Owls the lead. However just two minutes later WestConn would tie up the game 1-1. The remainder of the first half saw the two teams battling for dominance with neither giving way.

WestConn took the lead roughly 50 minutes in with a header goal off a cross. Then WestConn scored the final goal of the afternoon in the 84th minute to finish off the match 3-1. The Owls are now 0-5- 1 for the season and 0-1 in league play.

The Owls are next set to host the Plymouth State Panthers at Dr. Ron Butcher Field on Wednesday, September 29. 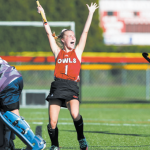 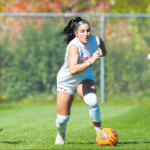