Suggest a dreamlike, vapor-like running soccer player might make a good graphic to go with this.

Sports, everyone likes them. From watching, to gambling on, to playing them yourself, there is something for everyone, or is there?

If you have a visual impairment, it makes everything more difficult. Ever since I was a kid, I have always been active, playing outside with friends and I was always trying to be the best in P.E. class.

Things tend to change when we get older. Instead of P.E. being the only time sports are played, there are official teams where schools compete against each other. Sports were always hard for me since I can’t see that far, from missing tennis balls to scoring in basketball but for the wrong team. To say the least, it’s been hard. It is the hardest sport for me to play, since the tennis balls are so small and I cannot see the ball until it is two feet away. When the ball gets to me, it is too late. Most of the time, I must guess where it is and I’ll most likely miss it. I even tried different balls, such as bright lime-green balls, but it was no use. I still could not seem to see the ball soon enough to react in time to hit the ball.

Another sport that just doesn’t work for me is baseball. I cannot see the ball because it is moving so fast. I have to just guess where it is, which does not work out most of the time. With all of this, I actually tried out for a few teams and let’s just say I didn’t make the cut.

One time, in middle school, the coach for the basketball team felt bad I had a visual impairment and was going to let me on the team. However, I turned it down because I never wanted to get accepted to a team because I was different, and they felt bad. Luckily, I made one team and it was in high school on the junior varsity soccer team. This was the one of the sports I could play with low vision since the goals were so big and even someone like me could see them. I was decent at the sport and since there are certain positions you play in soccer; I had my own position which gave me control over a specific zone on the field, meaning that I did not need to see the whole field. Also, when playing offense, it was easy since when, most of the time, someone is running toward the goal, you can see other people chasing after them. It is hard to miss people even from a far distance.

For me, it was not necessarily playing the sport that was the most enjoyable part. The wonderful part of the team was that it was just that, a team. I was a part of something that made me feel accepted and really encouraged me to do more in life even with a visual impairment. 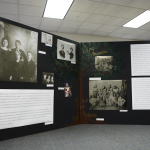 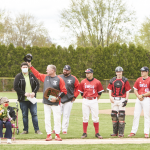