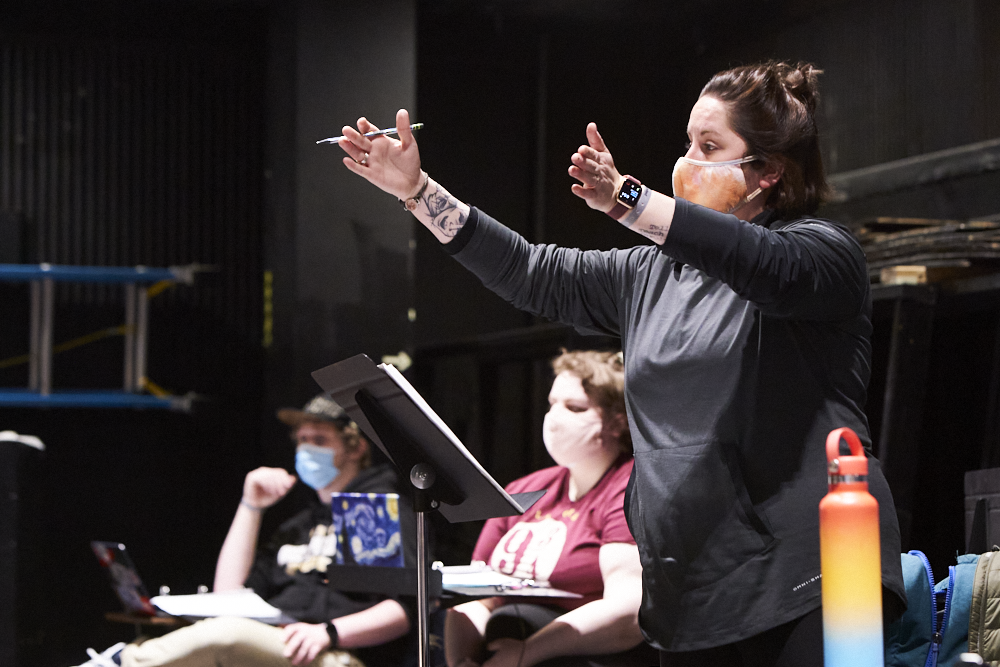 Incredibly passionate about her work, Professor Kirstin Riegler is the next chair of Keene State College’s theatre and dance department.

Whether it be acting, teaching or directing, Riegler brings an enormous energy to the department. Professor Cynthia McLaughlin, a long time colleague of Riegler, described the future chair as, “Wildly enthusiastic, vibrant, vivacious, energetic.” Riegler shares that excited energy for theatre with her students in the classroom.

Riegler discovered her love of teaching theatre during her undergraduate studies at James Madison University. Already prone to helping others learn, Riegler said she would often help her peers with her at-the-time favorite part of the theatrical process. Auditions filled that favorite slot, although she said that changed as she grew.

Her current favorite part of theatre is directing. This spring, Riegler directed the two-person musical “The Last Five Years.” She had double-cast the performance, or given two people each role. The musical, which was about the five-year relationship of the two characters, had been cast with a male-female couple and a female-female couple.

This decision reflects another of Riegler’s passions in theatre: gender and sexuality.

“I will be very blunt and open and honest as I am with most people/probably everyone. I came out at the age of 28, I am a proud gay woman, and that was a huge part of my life. Being ‘in the closet’ per say and ‘being out,’ I felt as though I wanted to embrace that part of my life and put it into my work,” She said.

Audiences weren’t told which version of the play they would be seeing when they purchased tickets. The scripts stayed the same in each version, changing only the gender or sexuality of the characters. As the audience left, they were given a survey to fill out based on their experience watching the musical. The information gathered in those surveys will be used to write an article in collaboration with the college’s psychology department, according to Riegler.

“I sometimes like to look at [theatre] from a realm of ‘I wonder if those two characters identified as non-CIS gendered, or gender fluid?” Riegler said, later adding, “It’s still about the story and the message and the character relationships and the actions. The characters just happen to be gay.”

As a part of teaching her Gender and Sexuality in Theatre class, Riegler has curated a small collection of LGBTQIA+ plays and musicals in her office. These texts are available to students who have taken an interest in these themes. You need only visit her in the Redfern Arts Center, room 231A.

Busy as she may be teaching and directing, Riegler has taken an active leadership role on campus. She currently works with five groups on campus, including the college senate and Redfern Arts Center advisory board.

“As part of a liberal arts education, we want our students to do more than what they’re here to specialize in… I think it works the same for faculty,” Riegler said. “I’m a better educator because of it. I still have my leadership role, but I’m able to give my artistic perspective in a situation that might not necessarily come from that place,” she added.

Department chair had been a sort of dream for Riegler, ever since her acceptance to graduate school. The day she was accepted, she posted a picture to her Instagram, saying “Department chair, here I come!”

McLaughlin works closely with Reigler, both figuratively and literally. The two have offices next to each other, and are even able to hear each other through their shared wall. Throughout the years working together, McLaughlin knows she can count on the future chair.

“We push and encourage each other, we’ll go to each other when we’re frustrated. There’s lots of stress in a production… we lean on each other,” McLaughlin said.
With her trademark enthusiasm, Riegler is ready to tackle her new role at the college. 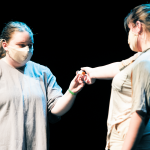