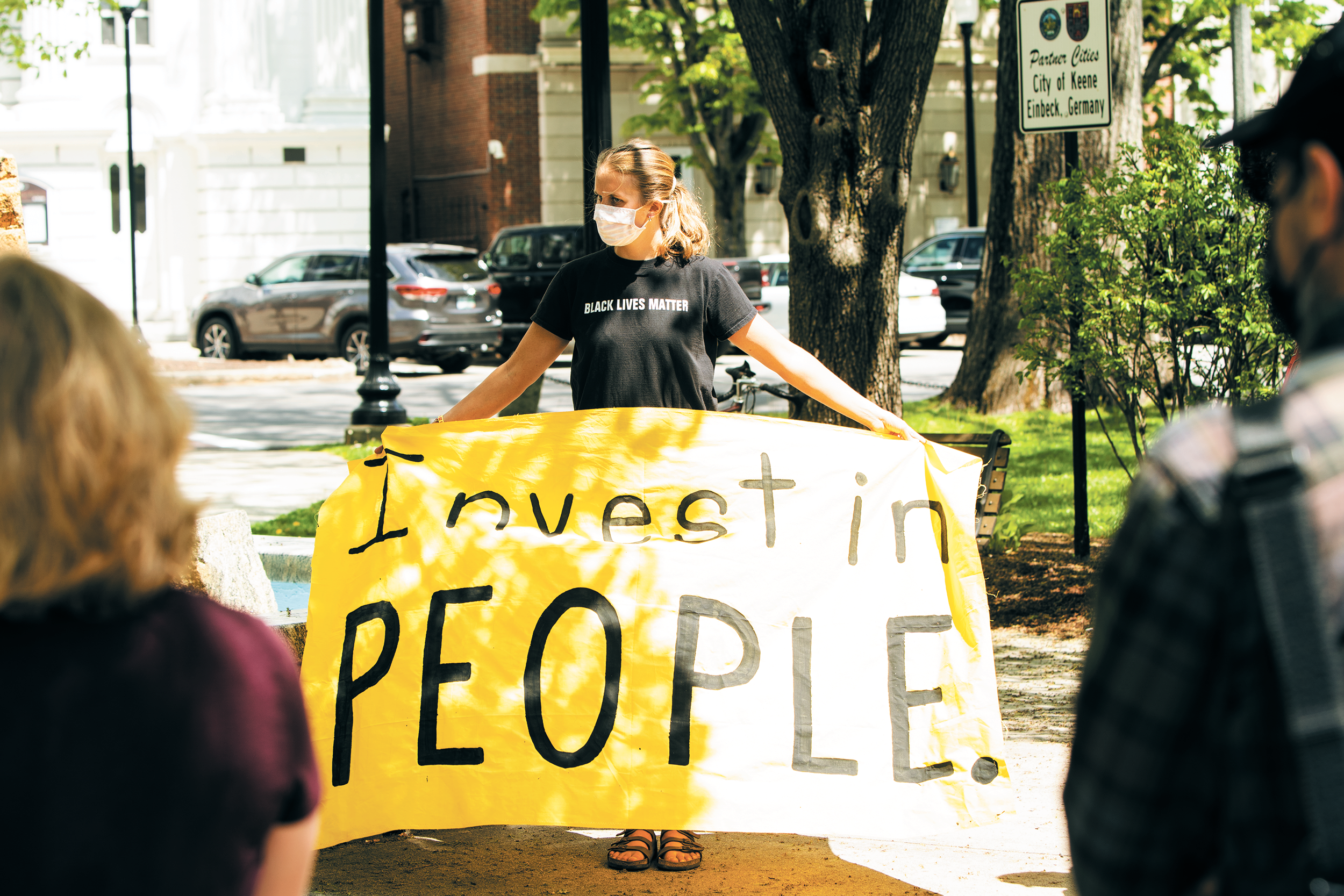 A rally calling for the defunding of the police was held at Keene’s Central Square on May 16. The rally, which had a turnout of about 20, was attended mostly by community members, with some students in attendance. The protest was organized by Keene’s chapter of the New Hampshire Youth Movement.

“We must stand opposed to any and all forms of imperialist institutions, at home and abroad,” Doug Roberston, the opening speaker and an organizer for the rally, said, following a land acknowledgment as well as an acknowledgment of the ongoing Israel and Palestine conflict.

Afterwards, a brief moment of silence was observed for “for all the lives lost to colonial imperialis[t] police state violence, and the ongoing struggles in Palestine, Columbia, Myanmar, Brazil and too many others, and of course, the ongoing struggle against police violence here in the United States” Robertson said.

“Police brutality is not a US phenomenon, but rather a US imperialist export,” Robertson said. “I don’t know about you, but when I see Keene on the nighttime satire news being lampooned for possessing a military-grade armored troop transport and surveillance drones, I wonder what the hell it is we’re doing.”

Robertson continued, “Further still, I wonder why the KPD [Keene Police Department] receives the largest part of its funding from Keene State College and [Keene] school district and how this is justifiable,” to which someone from the crowd shouted “it’s not” in response.

Provencher relayed the story of Khady Badiane and Tyler Clavelle, two former KSC students, whose stories are detailed in the “Standoff in Owl’s Nest 5” article published on February 25, 2021.

Provencher also discussed a May 5 email, in which students were informed of a New Hampshire State Police K-9 training in Randall Hall, an unused residence hall on campus. The email stated “We welcome our local and state law enforcement partners to train in our facilities as possible to be better prepared to safeguard our students, faculty and staff in case of emergency.”

“But if we, the students, do not welcome them,” Provencher said. “what if we do not support the way that these departments, whether they be state or local, respond to calls on our campus and in our community, why should we welcome them when they have assaulted our students? How can they make us feel safer when they have been the perpetrators of abuse in the past?” Provencher asked.

Provencher pointed out that KPD uses Keene’s athletic fields in scenes for KPD’s 2018 recruitment video. Provencher also discussed Keene State College’s handling of the Badiane and Clavelle’s case. “I think there needs to be a new process in place in which we can hold our school accountable. Melinda Treadwell makes $300,000 a year… and she’s not doing enough,” Provencher said.

“I’m calling for Melinda Treadwell to resign,” Provencher said. “There will be a petition put up later today [May 16]… she can’t make up for what she did… she doesn’t deserve to be our president anymore,” Provencher said. The petition Provencher mentioned is yet to be posted online.

Provencher also called for campus safety officer Mike Gomez to be fired and expressed disappointment in former Residence Director Jessica L’Hommedieu’s resignation, as Provencher said she will not face any repercussions when finding jobs in the future.

Other Keene State students also spoke at the rally. Sophomore student government representative Eric Silverman said at the rally, “For me, what I want to see changed with police, besides just reducing the funding as well as, in some cases, eliminating them, is the mentality in which they’re trained.”

“I interviewed the director of Campus Safety and I asked him, ‘When does Campus Safety actually need to call Keene PD,’ one of the obvious answers is ‘When a law is broken,’ that makes sense because they’re not actually police officers,” Silverman said.

Silverman went on to say that Campus Safety officers call Keene PD when they feel “uncomfortable,” which Silverman called “vague.”

One of the goals of the rally was to have an open forum, where a few people from the crowd said that funds cut from the police budget should be instead invested in mental health services and peer respite centers. 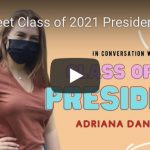