Keene State College is looking for a collaborative, forward-looking and accomplished administrative leader to serve as its next provost/vice president for academic affairs (provost/VPAA) according to the advertisement put out by the college.

Associate Vice President for Diversity and Inclusion Dottie Morris described provost as the chief academic officer for the college. Chair of the search committee for the new provost, Morris added, “That person coming in will build on things that have been done in the past within the academic offerings, but also, we are expecting the person to work across divisions. She added, “The educational process of students is not just what happens in the classroom. But also other places like in the residence halls and the Dining Commons, all over and everywhere… We’re hoping that that person will work very closely to develop some of the programs that go beyond just the classroom.”

Keene State College worked with a search firm called WittKeiffer to find the best candidates for the position. Morris said that the search firm helped to cultivate a pool of candidates. She explained, “First, they came on campus, and they interviewed people across campus, including students to say, ‘Okay, what do you want to see as important things[or] qualities in this person… then they went out [and] they outreach to them, because they knew that the people were looking.”

The pool of candidates was then examined by the search committee. Morris added, “Then the search committee of 13 people plus two advisors, we looked through all the applications, we had a meeting, had a discussion of the candidate. And then we did zoom interviews with a number of people. So I think there were nine to 10 people that we did a zoom interview with” Three candidates stood out of the interviews and the top three candidates will be interviewing further via Zoom with various groups on campus.
The first of the three candidates interviewed on Thursday, May 20 and Friday, May 21. Morris, through an email, encouraged the entire campus community to join the all-campus forum on May 21 conducted via Zoom Webinars. The all-campus forum went from 12:30 p.m. to 1:30 p.m.. The all-campus forum for the second candidate was on May 25 from 12:30 p.m. to 1:30 p.m. and for the third candidate will be On June 3 at the same time.

Morris said, “[I] hope that people participate in giving feedback in, go into the all campus webinars that we’re having, and then give feedback.”

Associate Vice President for Student Engagement Jen Ferrell described the importance of an all campus forum for the selection. She explained, “Because the provost who will be the Vice President for Academic Affairs, is really an integral cabinet member and needs to be in the loop on everything related to campus… So, it’s really important to get the feedback from a lot of different areas, and different groups of people have different expectations of that role.”

Ferrell expects herself to be a point of contact or a resource for the new Provost regarding enrollment student engagement side of the campus. Ferrell said she is looking forward to “to be able to give some context around where [the campus is] at, what different things are going on in the life of students that are really important right now, [and] what some of the trends are.”

With the search for a new provost, the current Interim provost Ockle Johnson will be retiring from campus after two years as the interim provost. In his 29 years at KSC, Johnson has “served the college in a variety of capacities, primarily as a professor (in Math department).”

Johnson said he had been active throughout the college. He added, “And as I got into this role, I learned so many areas that I wasn’t aware of. And so it was interesting finding out thinking that I pretty much knew what was going on around the college and discovered that there’s so many facets that even though I knew a lot, I wasn’t aware of.”

Johnson said that he would not have taken the position two years ago, “if Melinda hadn’t asked [him] to do it. So it was really working with Melinda and trying to support Melinda. That led me to do that. And working with her has been a real pleasure.”

Johnson also thanked Executive Assistant Kim Harkness, Associate Provost Dr. Sue Castriotta, and the deans he has worked with, “[They] have really contributed to my experience here.”

Johnson explained that he stepped up to the position when “the college was not in a position to go out and find a new provost immediately.” He added, “There needed to be some stability, there were some challenging things that were going on… It was something where I felt like the college needed someone from from the college to be able to step up into that role for a short period of time to try to provide some a bridge to a new provost. And so part of it was thinking that Melinda really was encouraging for me to take on that role.”

Johnson explained that “a lot of turnover in this position” has been an issue that KSC is facing. He added, “That has had an effect of not having stability of leadership. And so one of the things we’re looking for is for someone who can come in and be successful here for many, for many years, in order to provide that kind of stability.” 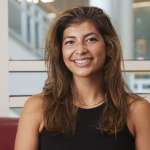 Through an equity lens Previous
PAST: A SEMESTER IN REVIEW Next 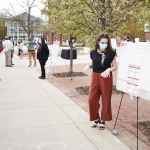