‘What were you wearing?’ 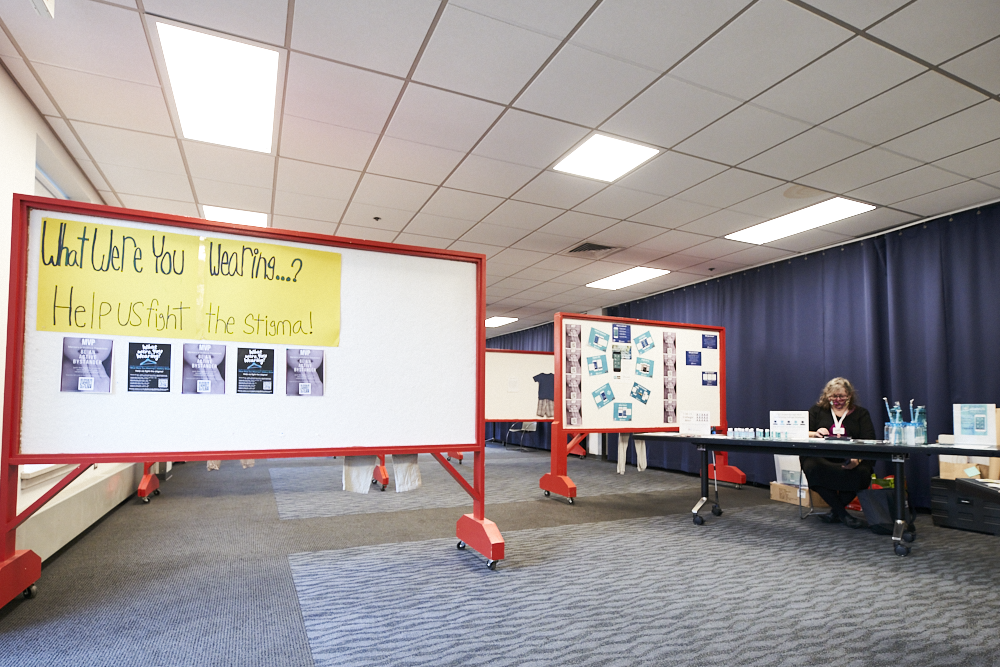 “What were you wearing?” is a gallery-style showing that exhibits what people were wearing at the time of their sexual assault, in order to dispel the myth that clothing has a role in sexual assault.

The event was organized by the Keene State College Wellness Center, with two students, one of which being junior Emma Manderville.

“KSC students and faculty [and] anyone in our community will donate outfits and we’ll either replicate them or use exact clothing pieces and their outfits that were being worn at the time of any sexual assault,” Manderville said.

Manderville continued, “Some people submit poems or more artistic pieces, some people just recount the factual events of what happened. It’s all in an effort to bust the myth that what you were wearing is the cause or reason for any kind of assault.”

Manderville said the clothing pieces were donated by Keene State students, and getting the pieces was done by word of mouth, in order to keep the donors’ identities confidential.

“I think it came from this idea of victim-blaming,” Manderville said, “Survivors being told it’s their fault or they would go to a police station and give a report and asked what they were wearing.”

The exhibit opened on Monday, April 19, with a ceremony with various KSC staff, including President Melinda Treadwell, Title IX Coordinator Jeffery Mahr, and people outside of KSC including New Hampshire representative Annie Kuster.

“I think one of the really important things is that we need, as a community, to respect and understand that sexual violence is something that affects so many young lives,” Treadwell said at the opening ceremony.

“One in four women [and] one in seven men will be the victim of sexual violence at some point in their life and this campus, I am hoping we will continue to be a community where people will feel supported, people feel their voices and their stories matter, and that we are here to support you,” Treadwell said.

“It is not about anything someone did, what they’re wearing, how they present themselves in the world, and in any way should make it possible for them to be victimized,” Treadwell said.

“Through this learning, through these stories, through this expansion of our understanding and awareness, we can actually prevent someone from becoming a victim in the future and that our campus will continue to be a campus where people can know their voices are heard and that we will make a difference, and hopefully, all of us, some day, won’t have to worry about violence and sexual violence as a society,” Treadwell said.

Kuster, who appeared through a pre-recorded video, said “There is still so much work that needs to be done that needs to help end this persistent problem. As you know, survivors of sexual violence are too often blamed for what happened to them, and asked questions that imply that the assault could’ve been avoided.”

Kuster shared that she herself was a survivor of sexual assault on her college campus.

“As a survivor of campus sexual assault myself over 40 years ago, what I remember most was the humiliation, shame and fear that I felt. For nearly four decades, I never even shared my story,” Kuster shared. “It’s high time we work together to end this silence once and for all, and I know exhibits like this will play an important role in doing just that,” Kuster said.

The gallery will be open in the Madison Street Lounge in the student center until Friday, April 23. 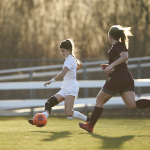 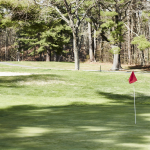