The Keene community remembers The Night of Broken Glass

Tom Benoit
*The following images were from the wikimedia commons.* 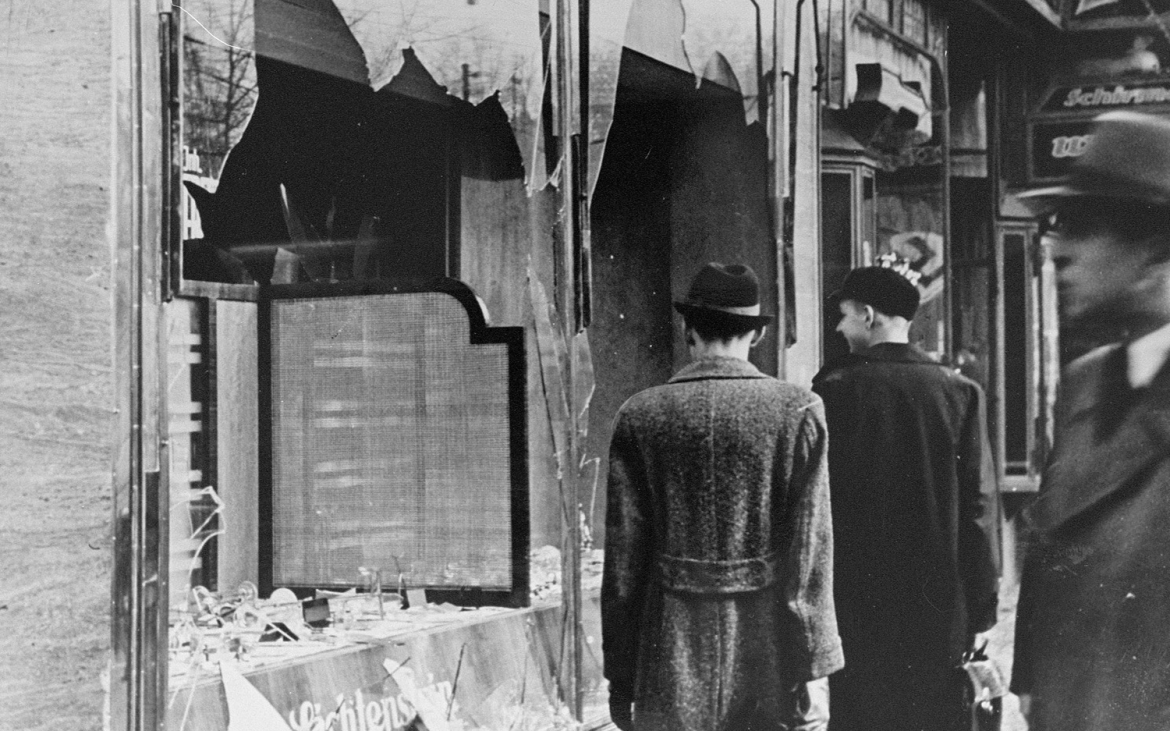 Onlookers in Berlin, German viewing a shop vandalized from the events of the Kristallnacht pogrom.

On the night of November 9, 1938, German stormtroopers as well as German civilians carried out a pogrom against Jewish citizens targeting Jewish homes, businesses and synagogues. Experts say that 7,000 businesses were destroyed and 30,000 Jewish men were arrested and sent to concentration camps. The following morning, November 10, shards of broken glass from Jewish homes and businesses littered the streets of Germany, giving the pogrom the name Kristallnacht, or the Night of Broken Glass.

Kristallnacht is often cited as the prelude to the Holocaust.

The annual remembrance event was held virtually this year. Peter McBride, the Director of the Cohen Center for Holocaust and Genocide Studies, talked about how the event overcame the challenges of a virtual event.

“We have pre-recorded messages from friends and colleagues in Bosnia, in South Africa, in Germany and they’ve sent messages of support to the Cohen Center, and to our Kristallnacht remembrance…the final part of the Kristallnacht presentation is a discussion about why is it is relevant today,” McBride said. 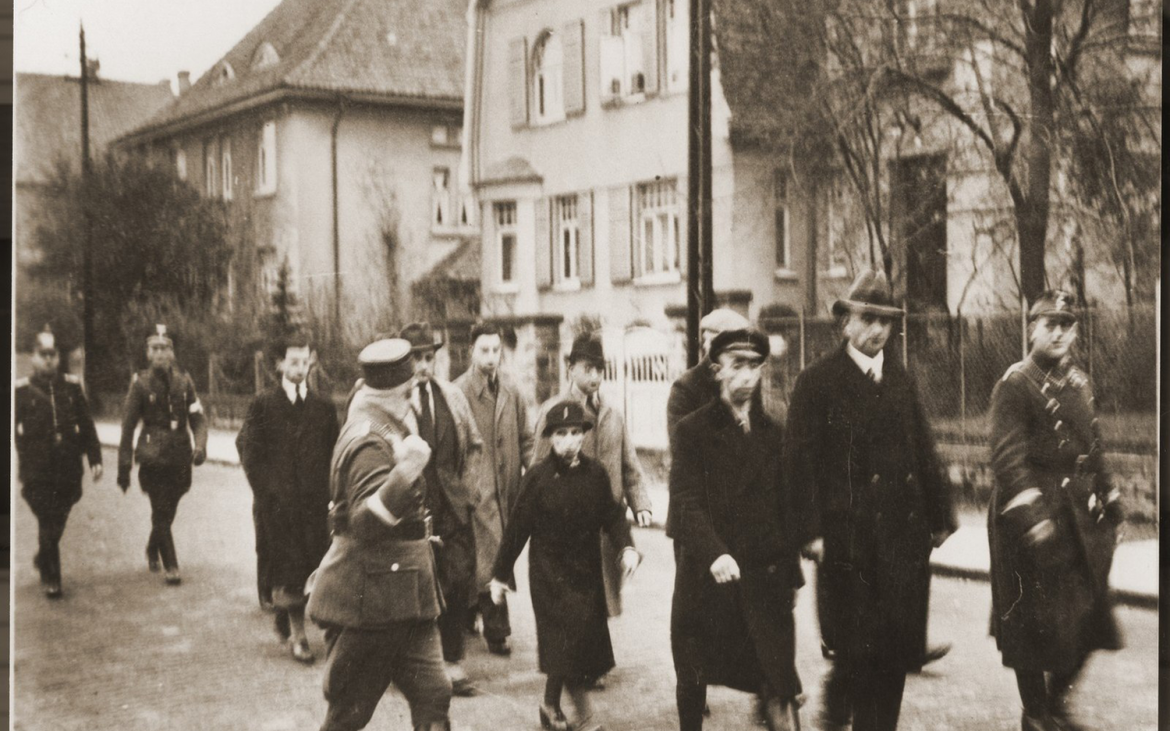 German Jewish citizens being rounded up following the events of Kristallnacht on November 10, 1938.

McBride discussed the importance of remembering events of the Holocaust such as Kristallnacht.

“When you see how things like the Holocaust happened, you see that it didn’t happen out of the blue, but there were a series of events that led up to it. And those events can repeat themselves. So when we see things happening in society that are concerning, we start to see the rise of anti semitism, or the rise of racism, or the rise of hate crimes and that starts to become institutionalized,” McBride said.

McBride further discussed how anti-semitic attitudes can grow into larger issues. “What happened in Germany was [that] the anti-semitic attitudes got turned into laws, and it became legitimate to persecute Jews. And those are the things that we need to be looking out for, and what the Cohen Center is about is to make sure this doesn’t happen again.” 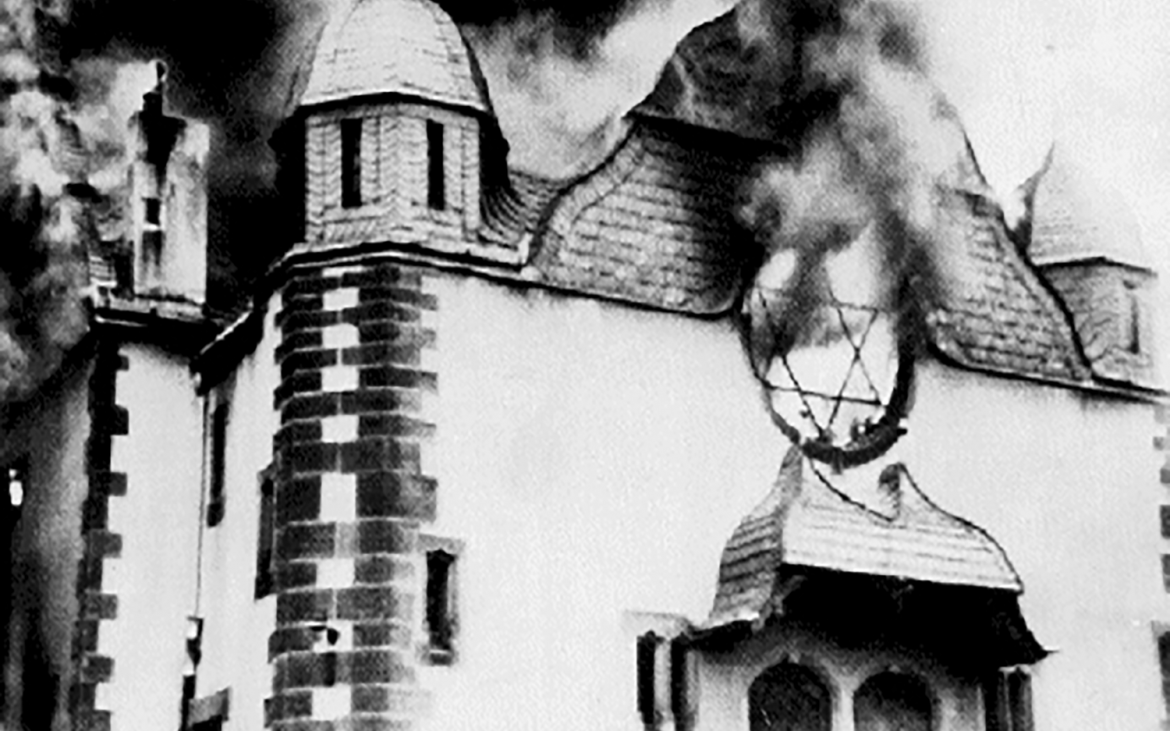 A synagogue set an fire during the Kristallnacht pogrom. German authorities looked on these crimes and did nothing to stop them.

The virtual event also hosted a panel of speakers, Senator Jay Kahn playing the shofar, and a dance put on by MOCo Arts.

Tracy Grissom, who works for MOCo Arts and choreographed for the event, said, “Words that kept coming to mind were loss and destruction and displacement, fear and uncertainty. And then while also kind of looking at the dancers, we’re right now dancing in social distance boxes at MOCo, because of the COVID-19 pandemic, so I also couldn’t help but to bring in some of that influence into the piece as well.”

“It’s kind of a blend of what happened in Kristallnacht, and which is also known as the prelude to the Holocaust. And so it’s trying to really focus on that, but I could not help but look at what’s happening now in today’s society, with the pandemic and all the protests,” said Grissom.

Grissom explained her process of combining music with the movement, “Then I was really drawn to a piece of music by Max Richter, who used the Universal Declaration of Human Rights, which was really came out of the Second World War, and start really wanted the movement to really fit in with the words and the piece of music,” said Grissom.

The annual Kristallnacht Remembrance event is hosted every year in conjunction with the Keene Community. To find more information about Cohen Center events, check the Keene State College community calendar.

Tom Benoit can be contacted at:
artsandentertainment@kscequinox.com 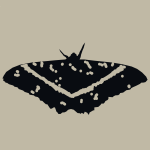 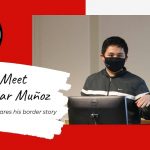