What is it? Why should you do it?  And what does it mean to vote in our society?

We are now coming close to election day, November 3. As we live in a very special kind of society that lets us vote for our leaders, this is usually a very exciting time for all of us. I was originally tasked to write this on my own about my perception of voting, but I wanted to get a wider array of opinions for this question on why we should vote and why it is important to vote. In addition to a conservative perspective, I asked one of my independent friends and some of my more liberal friends to give their takes on the subject as well.

I had found some interesting outlooks after interviewing these three groups of people and hearing their answers. The first question I asked was, “Why should you vote?” Everyone I had asked, as well as my own opinion, was that you should vote because it is your right as a citizen of the United States. We live in a representative democracy right now and if you are not voting then you are not exercising your rights and  by voting, you can ensure that there are people in positions of power who support your views. My more left-leaning friends also mentioned that there are some bad people in power and that by not voting, you are being complicit with those views. We all agreed that even if you do not side with a specific party, it was important to exercise your rights either way.

My next question to my friends was a variation on what it means to vote within your party lines. This was where the answers started to vary. The more moderate-conservative group, which included myself and another friend, agreed that voting more conservative was an economic justification, more personal liberties and less government interference. We do not agree with alt-right movements and other extreme right ideas so sometimes voting conservative can be hard to do so because of this.

A more independent source explained that they vote for specific programs they find more important than others, with the environment and education topping their list of important topics that must be dealt with. They claimed that in addition to those, finding bipartisan candidates was important instead of those who tried to push more extremist ideals. They thought that having a more neutral state was important as well. My more democratic friends said that voting blue to them meant a safer nation, one that ensured women’s rights, affordable Medicare for all, and was often more open to diversity. One even claimed that they would feel safer under a democratic president, for right now at least.

I felt that asking my friends these questions was a better way of viewing the importance of voting, rather than just voicing my opinion, alone, as everyone I had asked said something different. This proves to me more that we all have different ideals, but we can be unified by the power of democracy and voting and what they mean for our country. In the end, ensuring that we stay informed can be difficult and is an often-daunting task but overall is very helpful and important.

Disclaimer: This article is the sole opinion of Lydia Mardin 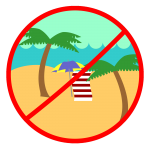 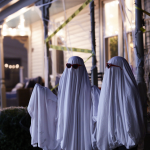