Singer-songwriter-composer-producer Eric Alexandrakis has lived an extraordinary life and made incredible accomplishments while having serious battles of his own. Alexandrakis’ parents immigrated to America from Greece and are both extremely educated, however no one in the family was expecting him to pick up instruments. From the ages six to sixteen, Alexandrakis indulged himself into classical piano where he flourished and was able to transfer that musical talent to a wider variety of instruments.

In addition, since birth, Alexandrakis has been an avid traveler, living in Greece, Miami, New Jersey and London. Throughout high school, Alexandrakis spent a lot of time in the studio recording music and learning more. He then went on to University of Miami where he studied English literature and public relations and then got his graduate degree in music business where he helped support the university backed label. Soon after, Alexandrakis began work on his first album, “9 Demos On A 4-track”, and successfully released it. However, almost immediately after, at 25 years of age, he started feeling persistent pains which forced him to go to the doctor. Unfortunately, Alexandrakis was soon diagnosed with cancer.

Alexandrakis spent six months in chemotherapy where he started to write and record his second album, “I.V. Catonia.” Just as it was about to release, the unthinkable happened. Alexandrakis had a recurrence of cancer and went through seven blood and platelet transfusions, multiple chemotherapies and a stem-cell transplant. However, after a difficult recovery, this only gave Alexandrakis more motivation to live and create more music.

Alexandrakis started his music company called Minoan Music where he spent his days working, and his nights composing and contacting publishers, movie studios, television studios, producers, labels and more. He has done work for brands like NBC, MTV, History Channel, NBA, CBS, Nike, Pepsi and much more. In 2019, Alexandrakis earned a Grammy nomination for best-spoken word album for his second album, “I.V. Catonia: 20 Years As A Two-Time Cancer Survivor.”

In 2020, Alexandrakis has released a few EP’s including “Terra Nova, Terra Cotta, and TRA-> TRA],” but mainly his new album “Terra” – a 28 song travel concept album written around the world on a primitive 16-track recorder. All tracks are written, arranged, produced, performed, recorded and mixed by Alexandrakis himself, and include features from bass player John Taylor [Duran Duran] and drummer Steve Ferrone.

Alexandrakis says, “Terra is my journey through life, inspiration, turmoil, love, despair…all of those things we all experience. We all have our own Terra, and I’m happy to share mine. Inspired by a life-long longing enjoyment of adventure and exploration, cinema, film music, airline graphics, late 60’s Pop and early New Wave… Terra is an Alternative to the “traditional” Alternative album.”

Terra has a very psychedelic feel and sounds like a movie without a picture or screen. It feels as if Alexandrakis is bringing you on his own journey with Air Terra, featuring narrations from flight attendants and revealing sound effects that truly make you feel as if you’re flying in a plane. It brings you on a journey through periods of his life, both positive and negative, while dragging you back to the plane just when you think you’re in a whole other setting.

A few tracks that stood out to me include “I’ll C U In H*ll”, “Special Inflight Offer”, “Pain”, “Turbulence”, “My Rainy Day”, “Now Boarding: Flight EA918” and “The Mighty Terran Empire”. These songs stuck out to me because they were extremely creative and different than any musical sound I’ve ever heard before. In addition, I believe these songs precisely represent Alexandrakis’ ups and downs in life, from battling cancer two times to becoming a Grammy nominee. 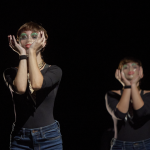 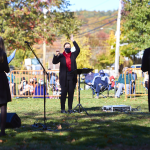