Interim Resident District Manager Bonnie Blanchard and Marketing Director Caitlin Howell from the Dining Marketing Team met with the student government leaders to update the assembly about the changes that the dining services have gone through in the past few weeks.

Howell thanked the student leaders for their past feedback. She shared about some changes like the start of in-person ordering and the addition of plexi glass on the stations in the dining commons.

Blanchard, who is a Keene State alum, shared that the goal is to get where they were, eventually. When Blanchard asked the assembly if anyone will be sad when the Boost application is gone from Lloyd’s, no one in the assembly raised their hands.

Bernstein encouraged the student leaders to get the flu shot on October 14 and October 15. The flu shots will be free with the training and the students will just need to show their Owl cards. 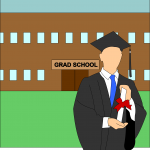 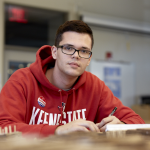