Rent the tux and grab a seat, it’s time for the Eighty-eighth Academy Awards! I now present to you my rundown of every Best Picture nominee and, my god, there was such a great collection of films being honored with the most prestigious award in Hollywood. Although Spotlight snagged the Best Picture win, I’ll be counting down from my least favorite film to my personal pick for the prestigious award. Let’s get started!

Comedy director Adam McKay and his merry men [Steve Carell, Brad Pitt, Ryan Gosling and Christian Bale] come together to tell an all too familiar tale of greed for the modern age, a scheme that went right over our heads during the 2008 housing market crisis. Shot as if it were a mockumentary, these characters shine a bright light on the socio-economical culture that surrounds us. While its content is important for audiences to see, it tends to drag toward the second act. There’s a point where characters are repeating the same information with nothing much new to add to the situation. With impressive performances, brilliant editing and a haunting climax, “The Big Short” is an informative ride among the ranks of such despicable people.  Rating: B

Many have discounted Steven Spielberg’s latest historical drama as stale and lengthy, but to my surprise, I quite enjoyed the slow-burn pacing. When you add the cinematic magic of Spielberg and the writing of the Coen Brothers, you have yourself a winning formula. With Hanks as a delightful Jimmy Stewart type figure, “Bridge of Spies” has the spirit of a drama/thriller from the days of 1950s Hollywood. As much as I adore this film, however, it had no chance of grabbing an Oscar and it didn’t deserve to.  Rating: B+

We have our winner here in sixth place. Noteworthy for being one of the best newspaper movies since “All the President’s Men,” “Spotlight” deserves all of the commendation it’s been acquiring. How director Tom McCarthy went from “The Cobbler” (a critical catastrophe) to a Best Picture nomination  and win is nothing short of a miracle. Sharp performances from Michael Keaton, Rachel McAdams and Mark Ruffalo are stellar examples of flawed characters who we want to see succeed against insurmountable odds. Many predicted that it would take home Best Picture, but I thought it was going to another deserving nominee instead. Rating: B+

Even with the recent downward slope of famed director Ridley Scott, he managed to pull this magic trick out of nowhere and reminded us of his sci-fi glory days. Matt Damon gives a vigorous performance of a lone survivor who ventures to keep his spirits up despite every obstacle that’s thrown his way. While back on Earth, a wide array of talent comes together to bring back one of their own before it’s too late. “The Martian” is an absolute delight that unites all of us in spirit, watching a man making the best of a bad situation, doing his best to stay alive, even if that means cracking a few jokes along the way.  Rating: A-

Out of all the nominees, “Brooklyn” is known as the movie many people still haven’t seen. Every year at the Oscars, there’s always that one and it’s such a shame because the film is a delectable delight. The term “date movie” gets a bad rap because of the manipulative Nicholas Sparks drivel that thinks nothing of its audience. “Brooklyn” is a date movie that brings credibility to the name through an exquisite performance from Saoirse Ronan. So, strap yourselves in for a blast of nostalgia from a time not too long ago where Gene Kelly was the bee’s knees.  Rating: A-

Ever since I discovered Brie Larson through “Short Term 12,” I knew she was destined for a longstanding career and, with the release of “Room,” she’s cemented that future. Director Lenny Abrahamson traps her and breakout star Jacob Tremblay inside a shed and their interaction with one another transcends throughout the entire film. Observing Tremblay’s character and his discovery of the hardships and benefits of the outside world makes it clearer than ever that he was worthy of the nomination that he didn’t receive. However, Brie Larson did take home the gold for Best Actress and that was well deserved. Rating: A-

If my review last week was any indicator, I loved “The Revenant” from beginning to end. For the second year in a row, director Alejandro G. Iñárritu delivered another astonishing, visceral experience that had my eyes glued to the screen. With remarkable performances from Leonardo DiCaprio and Tom Hardy set amongst the extraordinary cinematography from Emmanuel Lubezski, “The Revenant” is not one to miss. Finally, Leo recieved the Oscar he has deserved for so long now. Iñárritu took Best Director as well. Either way, there is no argument from me. Yet, while I would’ve been satisfied with Best Picture for this film, my heart belongs to another. Rating: A+

“I live, I die, I live again!” Never has a quote so eloquently described the career of genre director George Miller, a man who came on the scene with “Mad Max,” slumped with the “Happy Feet” series, and has now resurrected the action genre with “Mad Max: Fury Road,” an exercise in pure madness! What is there to say that hasn’t already been said by now? Since the day I saw it in theaters, I declared it an action masterpiece and with a Best Picture nomination, that status shall remain throughout the ages. Out of all the nominees, I really  hoped “Mad Max” could have taken the crown all the way to Valhalla!  Rating: A+ 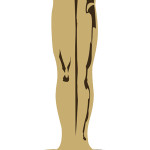 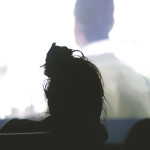