A new kind of plague has affected the United States in the recent years. Though not as serious or terrifying as swine flu or mad cow disease, this popular epidemic has people jumping on board and acting as if having the disease is cool. So what is this mysteriously trendy disease in question? Celiac disease.

Celiac disease, according to the Mayo Clinic, is “a disease in which the small intestine is hypersensitive to gluten, leading to difficulty in digesting food.” Being a protein that is found in wheat, barley and rye, gluten can be found in many foods.

The Mayo Clinic website also states that four times as many people suffer from celiac disease today than 60 years ago. Roughly one in 100 people now claim to suffer from it.

However, I haven’t been able to find a reason why there is this sudden spike in celiac disease.

Perhaps the reason is an over-consumption of gluten products. There’s no question that Americans love to eat and do so in excess. Could extreme carbo-loading lead to the extreme gastrointestinal symptoms that come from celiac disease?

According to the Mayo Clinic, probably not. If this were the case, I would likely have the disease considering 90 percent of my diet contains gluten.

Maybe the rise in celiac disease is instead over-diagnosis from doctors. When I was 12 years old, I was at my pediatrician’s office answering all of the questions a doctor asks at a check-up.

Being 12, my diet consisted of mostly bread and cheese. When my doctor suggested I switch to wheat bread, I told her I didn’t like the taste (it tasted too sweet to me).

The moral of the story is maybe that’s what doctors are doing today. They could easily be telling patients they have celiac disease so that they are forced to switch to a healthier diet. After all, that sounds like a simpler solution than telling someone they’re just gluten-intolerant.

A lot of the time, I think that gluten-intolerance and celiac disease are psychosomatic. There is this wild desire to be able to say they have celiac disease and so the mind tricks you into thinking you have symptoms of the disease.

There seems to be this sudden need to put a name to certain symptoms people experience. For example, I think many people who believe they have celiac disease just suffer from irritable bowel syndrome.

This is something that is very difficult to cure. It’s a fairly unpredictable syndrome and doesn’t necessarily get better just from eliminating gluten.

It seems to me that  some people are wanting to say they can’t eat gluten because, for some reason unknown to me, the gluten-free lifestyle is all the rage.

I think we’re a long ways away from pinpointing the reason behind the rise in celiac disease. If you ask me, I say the reason is because people have an inherent need to jump on the trendy bandwagon.

Regardless of that, I’ll leave you with this: unless you have been diagnosed with celiac disease, enjoy your gluten, my friends. Yes, eat your fruits and veggies, but don’t have any shame in diving into a spaghetti dinner. 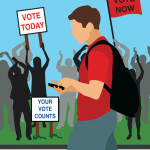 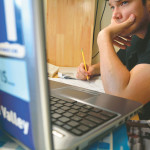