The Keene State College Dance Team (KSCDT) had their annual pie sale to fund raise for their trip to the Universal Dance Association College Nationals at Walt Disney World Resort in January.

The team has been taking orders for their homemade pies to raise funds that will go towards competition expenses.

Julia LaFlamme, KSC junior and manager of the dance team, said the team spends two days prepping the ingredients and baking as a team. “It’s like a great team bonding activity too, not just fundraising. It helps us all get together and work together on something that isn’t dance…. This year we are trying for 400 [pies sold].”

The pies will be made the weekend of Nov. 19, and will be “delivered just in time for Thanksgiving,” according to the sale flyer. Any leftover food will be donated to the Community Kitchen.

Annika Stone, KSC senior and captain of the dance team, said the team was able to cover about a quarter of overall trip costs through the pie fundraiser last year. “[The annual pie sale] doesn’t cover the whole nationals trip but it’s our biggest fundraiser, for sure… Last year we sold 250 pies… I think we made around $3,000 from pies.” The team sold six different types of pies, including apple, pumpkin, blueberry, chocolate peanut butter, chocolate chip cookie, and lemon cheesecake. The prices of the pies ranged from $15 to $18.

“Dance Team’s goal this year is to put our best foot forward to make finals in both divisions we’re competing in this year… Making finals is a huge accomplishment that we would like to have as it shows that all our hard work pays off,” Stone said in an email.

KSCDT is also doing a calendar raffle for the month of November, raffling off gift cards valued from $15 to $25. LaFlamme said the dance team sold 203 raffle tickets before their deadline of Oct. 22.

As team manager, LaFlamme is pulling a raffle ticket every day for the month of November to see who wins the gift cards. On the last day of the month, the team raffles off a $100 dollar gift card for Amazon.

The remaining gift cards are for Dick’s Sporting Goods, Chipotle, Walmart, and Starbucks.

Abby Provencal can be contacted
at aprovencal@kscequinox.com 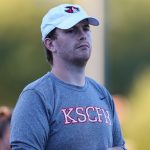 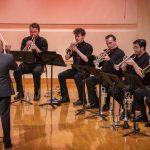