The city of Keene has released the names of the victims killed in the Keene plane crash last week.

Lawrence Marchiony, 41, of Baldwinville, M.A. and Marvin David Dezendorf, 60, of Townshend, V.T. were killed Friday after a small airplane crashed into a garage attached to a Keene residential building, According to a press release by the city of Keene, “The single-engine aircraft owned by Monadnock Aviation departed from Keene Dillant-Hopkins Airport shortly before the accident.”

The plane crash at 661 Main St. resulted in a fire outside of the residential unit’s garage, but none of the unit’s eight residents were injured.

An estimated 20% of the back side of the unit was damaged by the fire, and the residents were evacuated and are temporarily displaced from their homes until the damage “can be further assessed.”

Families of the victims have been notified and the city of Keene, “expresses sympathy for the people who lost their lives in this tragic accident and for their families and loved ones.”

There is an ongoing investigation into the crash led by the National Transportation Safety Board and more information will be released by the agency.

Sonny DeFilippo can be contacted at
sdefilippo@kscequinox.com 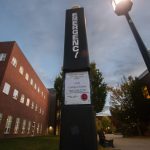 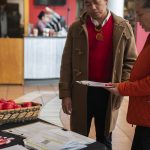