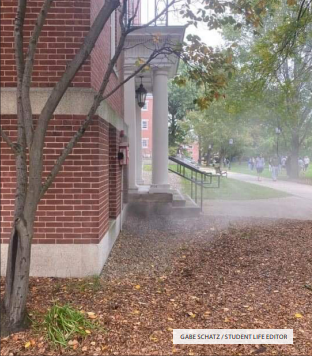 On Tuesday, October 12 at around 10 A.M. a fire alarm went off in Huntress Hall.

The building, which houses both student dorms and classrooms, emptied out quickly as those inside evacuated the building.

Shortly after the alarm went off, a Keene Fire Department arrived, as well as campus safety and the KSC Ground’s crew. A cloud of steam was coming out of one of the windows that looked into the boiler room.

Grace Paterson, a student on the scene who had been evacuated from her classroom in the basement, described the moments before the alarm had gone off. “When I first walked in there was no noise, and then after I sat down and put my stuff down I heard one thud and I just thought it was somebody falling or something, and then when we both were sitting, just lounging around, we heard another thud but it was a lot louder and so we went out into the hall just to check it out because it was the second time it happened and we look up and the pipes were shaking and there was a thud about every thirty seconds and the paint was coming off of it and getting all over the floor and it was terrifying.”

Although students didn’t know exactly what was going on, most noticed the loud banging and the pipes shaking which lead to paint and debris raining down from the ceiling.

“Maybe this had something to do with all the clattering with the pipes that was going on earlier,” Speculated Ian Gardner, a student whose class was waiting to return inside the building.

“Great quick response from the fire department,” Alexandria Itzi, a professor teaching in the basement of Huntress said when asked to comment on the situation.

Jim Pearsall of the Keene Fire Department was investigating the cause of the alarm. “There was a problem with the steam system, that’s what I can tell you right now,” Pearsall said shortly after the alarm went off. “Not a big deal.”

About 10 minutes after the alarm was triggered, students and faculty were allowed back into the building. The fire department was still investigating the boiler room in Huntress Hall as students reentered the building. 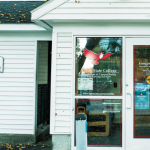 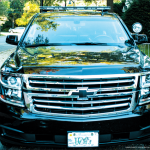