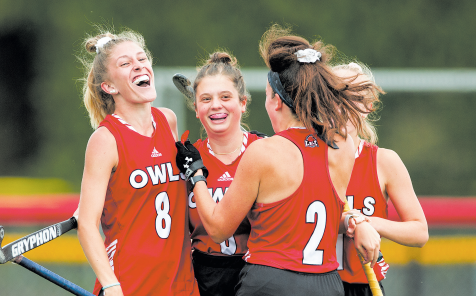 Keene State field hockey dominated over Bridgewater State University Saturday afternoon with a 1:30 p.m. game at the Owl Athletic Complex. The final score was 9-0 in favor of the Owls. The goalies for each team were firstyear Emily Ronan for Bridgewater and sophomore Victoria Watson for Keene. The first of the Owl’s eight goals came from first-year Irini Stefanakos, off an assist by first-year Grace Taylor. This goal was Stefanakos’ tenth goal of the season so far. This would be the only goal scored in the first period, but not the only goal scored in the game by the Owls.

The second period brought along three more goals for Keene, the first was a little less than two minutes into the period, this time by Taylor with an assist from junior Maggie Cahoon. This was Taylor’s first goal of the season so far. The second and third goals were both made by junior Ellie Hunkins. Her first of the period was a lone goal and the second one of the period was assisted by Stefanakos. These two gave Hunkins her ninth and tenth goals of the season. That brought about the end of the second period, with a score of Keene 4, Bridgewater 0.

The fourth period allowed for two more Keene State goals. These were both taken by sophomore Emma Cahoon, the first one off an assist by Hannah Wood and the second was a solo goal for Emma. This gave the sophomore forward her first and second goals of the season. This win made Keene State 4-8 this season while Bridgewater is 3-6. Keene State will be back in action on October 10 when they head to Wellesley, Massachusetts to face off against Babson College. 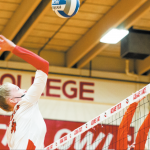 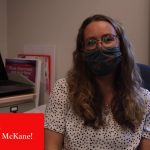