Although this decision has come with some criticism, representation of marginalized groups in pop culture is very important, and the fact that we’re starting to see more and more characters who aren’t cisgendered heterosexual white men is a sign of the progress we’ve made.

Historically, gay characters in comics, movies, and TV were often portrayed as villains. This trope goes back to the early days of Hollywood, and the use of the Hays Code, a self-imposed set of guidelines for filmmakers which sought to promote “traditional values.” This meant that anything that wasn’t socially acceptable had to either be cut, or portrayed in a way so that the audience wouldn’t sympathize with it, meaning if a writer wanted to introduce a gay character, they would almost always be portrayed as morally corrupt. Although the Hays code was dropped from widespread use in the late 1950s, its influence continued, and the idea of queer coded villains is still popular today.

Although there has been a lot of progress towards LGBTQ+ rights and representation since the 50s, there has unfortunately been a large amount of backlash against DC’s decision. Most of these criticisms, however, aren’t very legitimate, and can be essentially boiled down to the same homophobic arguments from 70 years ago.

Youtuber Robert Storms, for instance, said in a video covering the topic, “It’s okay to support LGBTQ, all this stuff, but there comes a time when you’re really force feeding it down people’s throats.”

This kind of rhetoric is the same kind of anti-LGBTQ talking point that have always been used, just dressed up to be slightly less offensive so that the person saying it can pretend not to be bigoted. Saying that LGBTQ identifiying people should keep their identity private is essentially stating that they should stay closeted. Being offended by representation in entertainment is a covert way of saying that you’d prefer not to think about or acknowledge in any meaningful way the existence of marginalized groups. It’s an outdated criticism that we have seen repeated over and over again against films like Black Panther and Captain Marvel.

The other main talking point against the decision to make Jonathan Kent bisexual is that it’s just another instance of a corporation using virtue signaling to give the impression that they are progressive.

Dean Cain, the actor who played Superman in Lois and Clark: The New Adventures of Superman stated on Fox News that “[DC] said it’s bold, and a bold new direction. I say they’re bandwagoning.”

While it is entirely possible that the decision to make Superman bisexual was motivated by a desire to get more young people to buy comics, there is a big difference between a major hero representing the LGBTQ+ community, and a corporation using a rainbow logo during pride month. Our societal values are influenced by pop culture, so when a LGBTQ+ character is shown in a positive, even heroic light, it sends the message that it’s okay to be like them. Just like in the 50s when Hollywood used “evil” gay characters to enforce the idea that gay people are morally corrupt, comics and other forms of entertainment can use the same tactic to enforce the idea that people of different sexual and gender orientations have as much capacity to be good as anyone else does.

For as long as comics have been around, they have been almost exclusively geared towards heterosexual, cis-gendered, men; but comics, like all forms of entertainment, should be meant for everyone.

Hopefully the small, albeit loud backlash that DC faced over their decision won’t discourage them from exploring even more diverse stories in the future. 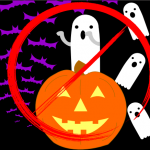