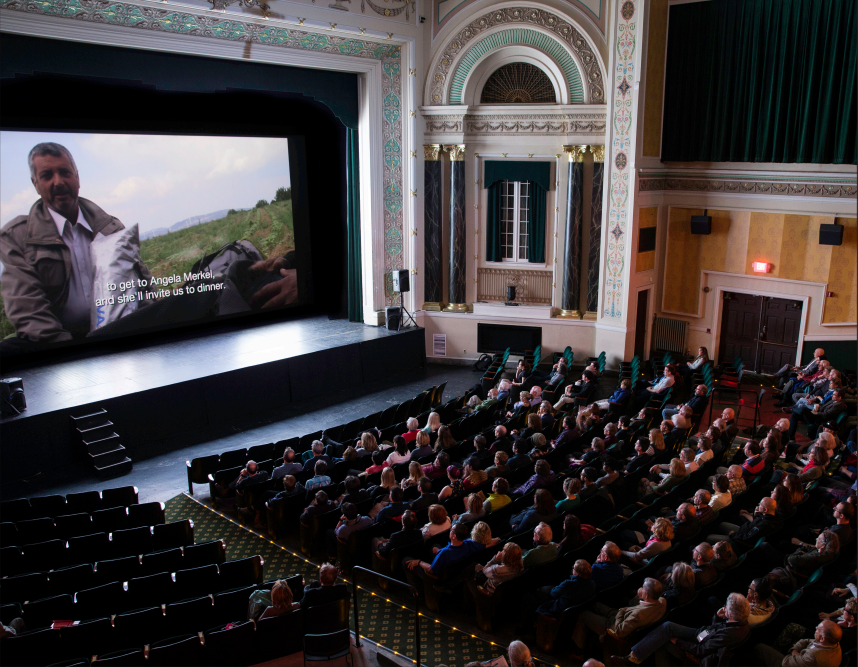 MONIFF returns to the Monadnock region for its ninth year

Each year, the Monadnock International Film Festival (MONIFF) brings a variety of films that span across genres to the Monadnock region.

After being postponed due to COVID-19, MONIFF returned to Keene’s Colonial Theatre this year. The festival took place on October 21-30 across two venues in the Monadnock region: the Showroom in Keene and the Park Theatre in Jaffrey.

For its ninth season, MONIFF presented close to 60 films, including documentaries, short films, animated shorts, features, and more. This year’s festival was delivered via a hybrid model, with both in-person and online film showings.

“We have moved to a more hybrid offering, which some of our films are in the theaters only, but a majority of them are still available virtually. So for those folks who, for whatever reason, aren’t nearby and still want to enjoy MONIFF, they can do so on demand from the comfort of their home,” MONIFF Chair Deirdre Fitzgerald said.

Each year, the festival closes with the presentation of the Jonathan Daniels Award, which is given each year to filmmaker(s) who “celebrates the fusion of artistic excellence and social awareness,” according to the MONIFF website. The award is named after civil rights activist and Keenenative Jonathan Daniels.

“When the DSM was first published in 1952, homosexuality was classified as a sociopathic personality disturbance, meaning that gay people were considered sociopaths,” Singer said. “There was this movement, starting in the mid 1960s, to overturn that diagnosis, because it really did have consequences, serious consequences, in terms of legal rights and civil rights and social acceptance.”

This classification led to many in the LGBTQ community to seek treatments, including talk therapy, electroconvulsive therapy, and even got as serious as lobotomies. Eventually, the APA removed homosexuality from its list of diagnosable mental disorders.

“The film offers a blueprint for social change. At its core, this is a story about a small group of activists who set out to challenge what at the time seemed like a really formidable or even impossible opponent. In terms of the APA, it was such an established institution and seemed like such an uphill battle, certainly a David versus Goliath story, and yet they prevailed,” Singer said.

“That really does underscore the urgency of telling the story and if we hadn’t started production when we did, we wouldn’t have been able to tell the film with the same kind of first person testimony that we were able to include,” Singer said.

“CURED” is available to stream for free on the PBS website until November 30.

The 2021 Jonathan Daniels Award is being presented in-person on October 29 at the festival’s annual awards ceremony.

Filmmaker Jim Morrison presented his latest short film “The Clam Kid” on October 23 during the festival’s presentation of short films. Based on his experiences growing up in Long Island, “The Clam Kid’’ follows Clammy James as he finds solace from his chaotic homelife in shellfishing in the bays of Long Island.

Morrison elaborates, “He runs into a little bit of confrontation while out on the bay with a homeowner who feels he kind of owns the waterways as well, so this homeowner gives this kid a bit of a hard time while he’s out there just trying to shellfish.”

Growing up in Long Island, clamming was Morrison’s first job as a teenager, which he picked up again later in his adult life. During this time, he encountered the same difficulties that Clammy James experiences in the film.

“I found the same thing was happening again from time to time [where] somebody [would] be out on the water telling me that they own the bay, I shouldn’t be here, when in fact I had every legal right to be there, had permits, I’m taking the legal amounts, I’m not taking anything under sized,” Morrison said.

This inspired Morrison to create this film. “It was kind of that full circle thing that made me write this full length screenplay based about this kid who’s like myself as a kid,” Morrison said.

Rennik Soholt’s documentary “Forced Change” has been 15 years in the making.

“It’s four stories of people who left New Orleans because of Hurricane Katrina, and didn’t return. It’s looking at the displacement due to global warming, told over 14 years,” Soholt said.

Being a New Orleans native, Soholt was inspired to start working on this project after seeing the effects of Hurricane Katrina on those he knew and the place he grew up in.

“It really affected people that I knew and loved,” Soholt said. “I knew the city really well. All the images that I was seeing on the news were very personal, because they were places that I knew.”

The film’s overarching focus is not just the impacts of a single natural disaster, but rather the increased displacement as a result of the effects of global warming.

“People [are] having to move because of global warming, whether that’s a hurricane, a fire or flooding of some sort, or even desertification… I think that’s going to be more common, you know, and I think just being aware of that situation is something that I would want people to take away,” Soholt said.

Although many films and documentaries have been made over the years about the aftermath of Hurricane Katrina, Soholt stuck with the project and made a final product he is proud of.

“All these films started happening by people who had more of a track record, more money, more resources, and it was very frustrating,” Soholt said. “I could have just given up and just said, “well, that story’s been done.” But what I had to do is look at the material and say, well, what story hasn’t been told?”

Soholt added, “That’s one of the beautiful things about documentaries is that you can change the way the film is structured, and you can go out and get different material that tells another story, and you can put out kind of a different film.”

For more information about MONIFF and this year’s films, visit moniff.org. 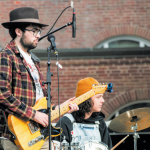 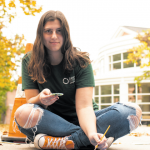