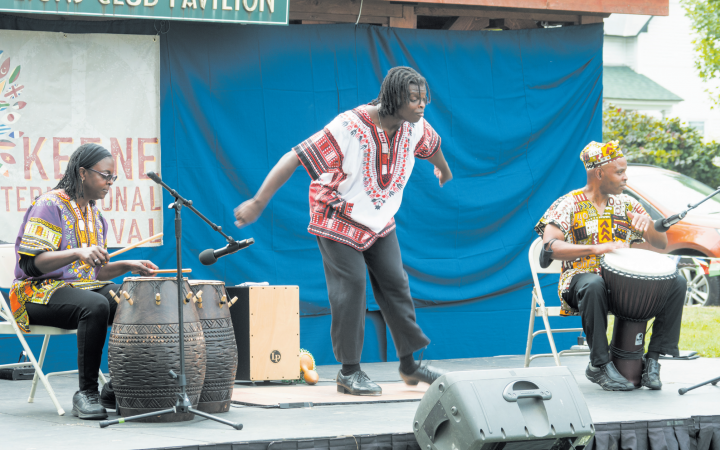 Community comes together for global market

The Keene International Festival was a popular event this weekend. On Saturday, over 100 people from all backgrounds gathered at Fuller Park to celebrate, share and explore the different international cultures Keene’s residents have to offer. Several games and activities were set up for the people to partake in, as well as a “Global Market” that offered different items of clothing, jewelry, accessories and trinkets. Food vendors offered different meals and desserts to festival goers while they watched musical and dance performances. A young woman named Nihithaa Dineshkumar performed a wonderful dance fusing classic Indian music with a modern Indian song. She performed wearing a traditional lehenga in front of a very enthralled audience. After Dineshkumar’s performance she said the Keene International Festival “brings back the culture and the cultural roots [she] came from so it makes [her] really proud to be representing India.” Another young dancer named Nishitha Matta said the festival allows her to “show everyone what dance, food, or jewelry represents [India]. The food vendors were a big highlight at the festival. Attendees of all ages were chowing down on dozens of different international foods. Keene State student Mallory Warner was at the festival taking a bite of some baklava, a Greek dessert. She said that the different vendors “play a huge role in the festival” and acts as a way for people to bond and express their heart and passion through food. Warner also said “the heart of a culture is through the food, and you see people from all walks of life going to the food vendors looking to explore the world.” Maria Bradshaw, who was helping run one of the Greek food tables, said “It’s wonderful to see so many people gathering together to share their uniqueness.” Bradshaw mentioned that the diversity of the event was a very positive experience. She ended with “I love the diversity I’m seeing.” Another young woman named Manel Habbouche, who is in Keene with a cultural exchange program, was running one of the several small activity tables. She is representing her home country of Algeria, which is an Arabic speaking country. Her activity table was telling and showing people their names in Arabic. She expressed that the festival was about “sharing and loving people, and being welcomed like family.” Habbouche said the festival allowed and fueled her want to travel to other countries and explore different cultures. Educator at Keene Middle School and Co-Chair of the festival Ritu Budakoti said the event is “multicultural, multigenerational, and hopes to bring our community together.” Diverse expression through the festival means a lot to Budakoti because it allows the community to recognize “the world as one family.” A dance group Budakoti is a part of the Bollywood Ladies Dance from the Keene India Association, comes together to show off the Bollywood culture for various events across the area. She also said the performances are a “beautiful way to express our emotions” and gives the performers a “sense of belonging” in this bigger purpose that is spreading joy and awareness of different cultures. The main highlight of the festival was seeing all these people expressing their international culture and being so willing to share it with others. 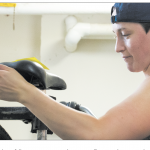