In the Discussions and Action section, KSC seniors Lauren Christies and Isabella Nunziata presented the constitution of a new club on campus, the Community Service club. Christies who is currently the president of Habitat for Humanity explained that the Community Service club will be a merge of four Student Service Organizations: Habitat for Humanity, Big Brothers Big Sisters, Circle K and Relay for Life.

Coordinator of Community Services Jessica Gagne Cloutier who is also the adviser for the club said that the four clubs were duplicating their missions and competing for the members, so the clubs collectively decided to merge them.

The student assembly approved and recognized the constitution.

Student Government Advisor Jen Ferrell informed the assembly that the student center will be putting on events on the Halloween weekend to take the burden off of the student organizations.

Treasurer of Student Assembly Jack Hanson informed the assembly about the approvals that the finance committee did on Monday.

Bernstein asked the student assembly to suggest a new name for “Pumpkin Lobotomy” as they want to remove the word “lobotomy” from the name. Bernstein also encouraged the student leaders to utilize the opportunity of on-campus voting. 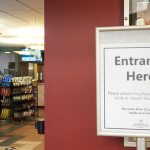 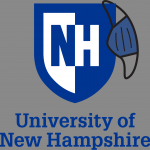