Not only does “La La Land” sing a delightful love song to classic Hollywood through alluring visuals, but it sets a new bar for the modern musical.

Welcome to Los Angeles, where aspiring actresses like Mia [Emma Stone] and persevering musicians like Sebastian [Ryan Gosling] throw themselves at the mercy of the “City of Angels” in hopes that one day, they’ll thrive among the industry’s finest. Through their passions, the two cross paths and become smitten with one another; they admire the ambition each has for their respective career path.

For a while, the sun shines bright on their relationship, that is, until both are saddled with an impossible task – accept true love or the warm embrace of Hollywood.

Musicals take advantage of our need to sing. Literally or metaphorically, we all sing; it’s all a matter of how we express it.

A great song can bring a tear to your eye or compel you to get up and dance the night away. 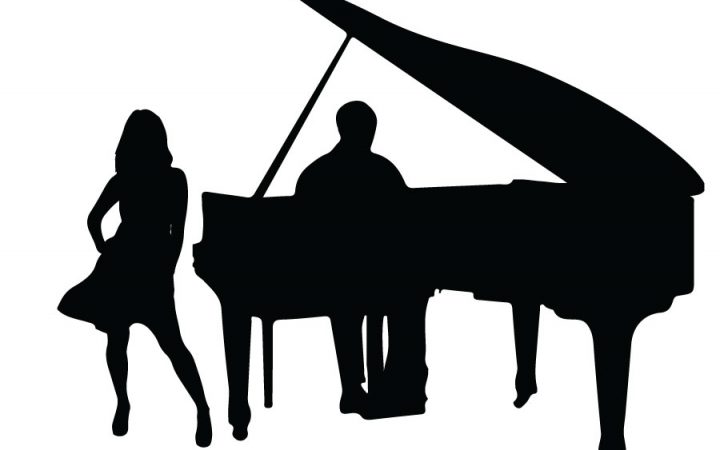 I believe that words can have an enormous impact on us because, for the most part, they come from a place of honesty.

This is the singer’s moment to shine and tell their story, however desolate or hopeful the lyrics may be.

Utilizing the structure of a conventional Hollywood musical, Damien Chazelle passionately sings about the relevance to aspire to new heights.

In this review, I intend to sing my own tender love tune about Chazelle’s masterful beauty that is “La La Land.”

The previews finish, the lights dimmer, the “Summit” logo appears and then, I see it: “PRESENTED IN CINEMASCOPE!”

This little easter egg put me in the right state of mind. I knew that from this moment on, something magical was going to unfold before my eyes and sure enough, it did, transitioning almost instantly into an extravagant musical number,“Another Day of Sun,” taking place along a packed Los Angeles highway.

Beneath the majestic lighting and dance choreography of a bygone era, Emma Stone and Ryan Gosling radiate as ‘the’ screen couple of the year.

Chazelle’s swift direction allows their captivating chemistry to blossom through a wide variety of song and dance numbers.

One sequence in particular unfolds with Stone and Gosling emulating the same spirit of Fred Astaire and Ginger Rogers (with a little bit of Gene Kelly and Debbie Reynolds thrown in for good measure).

The beauty of the central performances lie within the internal struggle both of them face as impassioned artists in the modern world.

We empathize with Mia’s plight to put her tremendous acting abilities to use in front of a camera.

Sebastian, on the other hand, strives to put his own stamp on jazz, to make a name for himself by way of playing a mean piano (“City of Stars”).

In telling their story, Chazelle elegantly rides the line between Hollywood fantasy and hard-hitting reality, never letting one fully dominate the other.

“La La Land” is a cinephile’s playground to say the least. Upon the introduction to Mia’s apartment, her devotion to cinema is more than noticeable.

To put the cherry on the sundae, one side of her bedroom wall is decorated from top to bottom with an enlarged portrait of the lovely Ingrid Bergman.

For any film hound, “La La Land” contains more than enough easter eggs to gratify your inner film geek, one of which heavily foreshadows the incredibly moving finale.

While the references made me grin from ear to ear, the true testament to “La La Land’s” omnipotence was its persistence to grab ahold of me and never let go, all the way up until the final frame.

Much like Mia and Sebastian, I’ve reached the destination in my lifetime where I’m being forced to make decisions that will forever change who I am as a person.

The message of following your dream, despite the obstacles thrown your way, is a tale as old as time; we’ve heard it all before.

What elevates “La La Land” to an entirely different level is the little asterisk that accompanies the theme of the film.

“La La Land” is less about following your dreams, but rather, the acceptance of failure.

Failure is an essential part of life; it’s all about how we choose to look at it. Do we accept it and move on, or do we allow it to keep our passions hostage?

Failure molds us in more ways than we imagine. Some take it as a sign that they should quit and move on. “La La Land” makes the argument that we should embrace failure, but be cautious in letting it consume everything in our path.

Failure gives us the amazing opportunity to pick ourselves back up and learn from our mistakes; only then, can we truly succeed and become one with “La La Land.” And if not, hey, at least we can say we tried. 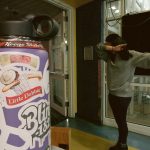 Excessive dabbers face new issues with venturing from... Previous
The trek to 20 Next 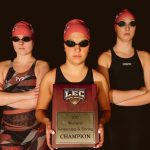