It’s the most wonderful time of the year! About 99 percent of people read that previous sentence through the lovely singing voice of Andy Williams, I can guarantee that much. That phrase is so synonymous with the holidays because it signifies the time of year when family and friends collectively come together to indulge in some yuletide cheer. Now having witnessed “Love the Coopers,” I’m fairly certain that director Jessie Nelson has never had a cheerful Christmas.

Prepare the dinner, wrap the presents, decorate the tree and light the fireplace because it’s Christmastime for the Cooper clan. For this special time of year, the Coopers are coming together for one night of togetherness. Leading up to this luscious dinner are multiple interweaving stories spread across one Christmas Eve. Come join the fun as you have the luxury to witness such holiday traditions as divorce talk, an undeveloped romance, a fake engagement, awkward teenage love, etc. Doesn’t this sound like the true reason for the season? Get ready for some Ho Ho Ho Ho Ho-kum with the Coopers!

The alternative title should have been “Screw the Coopers” because if this movie’s ending was the Coopers roasting on an open fire, I would have been pleasantly satisfied. How do you manage to waste such names as Alan Arkin, John Goodman, Diane Keaton, Anthony Mackie and Marisa Tomei and make them as unpleasant as a lump of coal in a bad child’s stocking?

Despite the trailer’s inept ability to get a laugh out of me, I was expecting a cliched holiday movie at the very least. If the decorations weren’t in the background, I would have been confused as to why this is labeled as a Christmas movie. Even the worst holiday drecks manage to show a bit of Christmas cheer but I got nothing from this but a gift wrapped disappointment that does everything in its power to distance itself from the holiday itself. 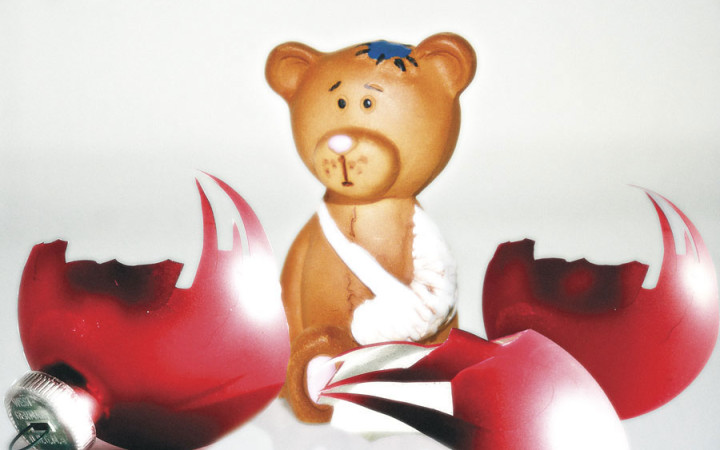 It’s normal for families to bicker around the holidays, but not to this extent. Their first world dilemmas range from “go see a therapist” to “get over it.” Since these characters show few likable traits, how am I supposed to get invested in their stories? You can’t have Diane Keaton and John Goodman quarreling about their oncoming separation in the same movie where a dog farting at the dinner table is considered humorous. You can’t develop a romance between Olivia Wilde and Jake Lacy, the only likable character in the film, when I know that he would have been better off waiting in a desolate airport than with this sociopathic woman.

As bad as all of that was, nothing compares to what came next. You can’t develop a serious friendship between Alan Arkin and Amanda Seyfried and use the act of cutting as a cheap plot device. Nor can you have a conversation between Marisa Tomei and Anthony Mackie about being a closeted gay man when it’s never given the time or respect it needs to develop. For everything else that got an unintentional laugh out of me, this was an ugly and distasteful way to shine a light on these subjects.

On the lighter side of things, awkward sitcom-like humor and uncomfortable teenage makeout sessions gave me enough material to use against this movie. The director is so incompetent when it comes to shooting comedy or setting up a simple shot in general. He can’t seem to keep it still or even focus it on the actors’ faces correctly. No, I don’t care to see all of the wrinkles on Alan Arkin’s face!

And the Oscar for Best Original Screenplay goes to “Love the Coopers” for such memorable lines as “I’m going to make the dump salad” and “That’s the best meal I’ve ever had in my whole entire mouth.” Truly these quotes from Oscar-nominated actresses will live on throughout the ages.

“Love the Coopers” turned out to be an unexpected Christmas trainwreck that you acknowledge exists but leave to die in the corner for nobody to speak of ever again. The jokes made at the movie’s expense kept it from my lowest grade though. So, that said, if a family member tells you that it’s a good movie, they’re lying, but go watch it anyways. Just make sure that it’s either on the Lifetime or Hallmark channel and you’re trashed; you’ll thank me later. 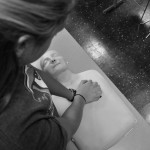