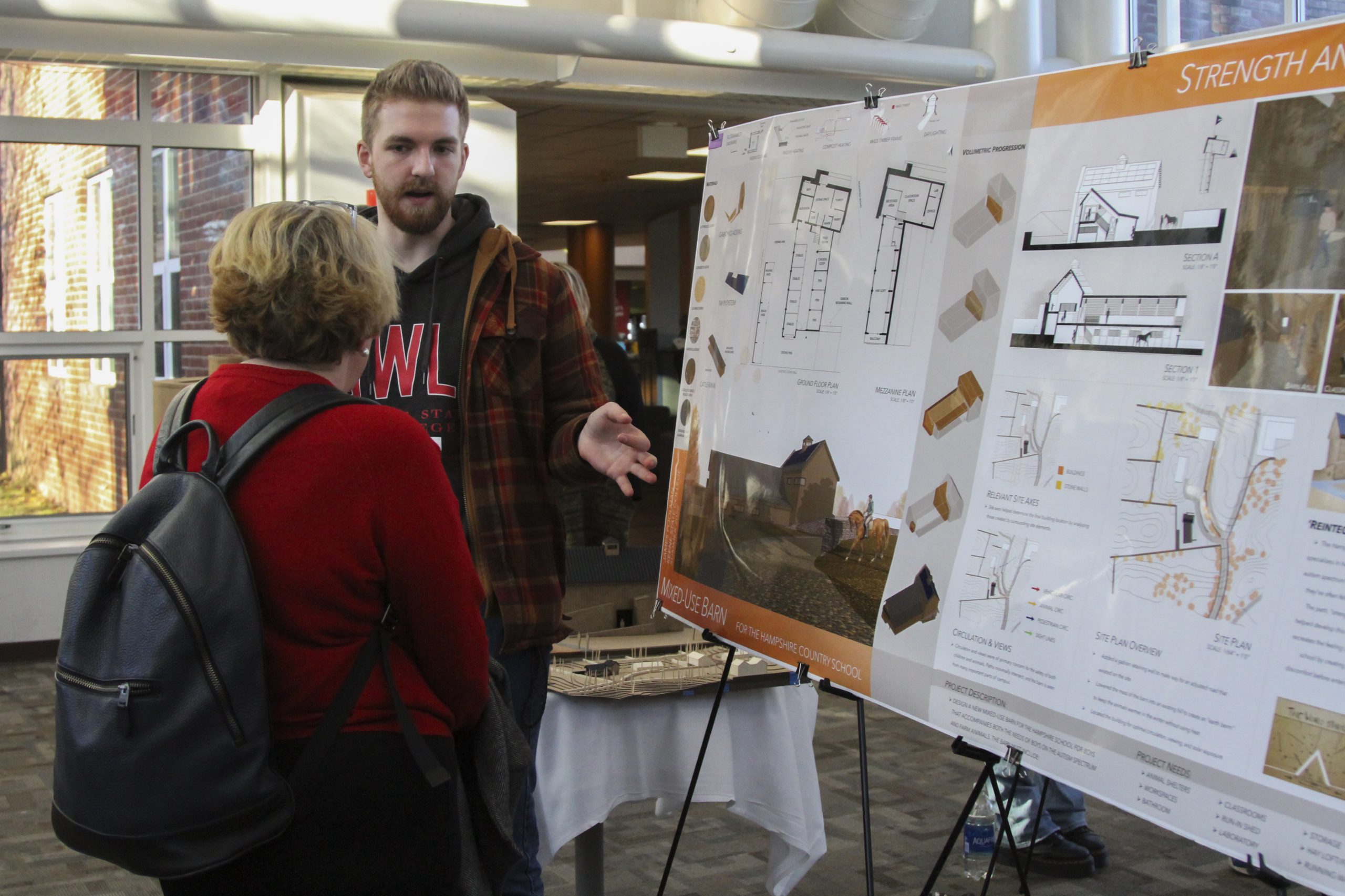 Presentation boards and data filled the lobby of the Young Student Center, ranging from data analysis of Disney wait times to the rate of environmental population decay.

On Friday, Dec. 9, students from all departments gathered to present their research to their peers and faculty at the annual Winter Showcase. Any and all types of work were welcomed at the showcase, and the passion for the work amongst the students was clear.

Standing at the entrance to the building were two students who completed their work on wildlife observation. Passing faculty were drawn in by the clear, striking images of bobcats and squirrels that decorated the poster, stopping to examine the data that was collected and sharing their excitement for the Harris Center with this research. Through a partnership with the Harris Center, these students studied the inhabitants of a specific conservation area.

The girls explained their work, sharing that they “deployed six cameras with a total of 77 different locations.” By using these cameras, they studied 14 different mammal species and the relationship between their population concentration and the location of a stone wall. They found that more animals were spotted on footage on or around the stone wall, rather than places where there was no such wall.

The purpose of such a study was to expand the research that had begun in 2021, in response to the decrease in population of some species in the area. By building off of the previous experiment, the students were able to find a strong correlation between the presence of a stone wall versus the absence of one. When asked about the purpose of this research,  the students shared it could help with wildlife conservation. Both agreed that this study needed to be furthered by other students in the future, and both were excited to see where it took them.

Further into the presentations stood a poster displaying statistics on the teaching of math to students, presented by a student who chose not to share her name. This student attends Keene State as a math and education major, and chose to combine those two and research the methods used to educate children on mathematics. She began her study in the early 1900s, spanning until current times.

Through the usage of test scores and other data, the student found that tools known as manipulatives appear to be incredibly beneficial to those learning math. Things such as lattice multiplication and other methods have been found to increase the success in retaining material and putting said information to use.

When asked how she got involved, the student shared, “I am taking a math capstone class, and this was my selected project to complete the class.” She also shared that they were introduced to the project about halfway through the semester, so they were given the other half to complete it. Many other students shared their research, and the variety of projects in the room was clear.

Keene State students, whether involved in their own individual projects or not, seemed interested as the lobby was packed with people asking questions and reading charts. One of the passing students shared that “this is all good research that needs to be done and continued by future students.”

Erin Plummer can be contacted
at eplummer@kscequinox.com 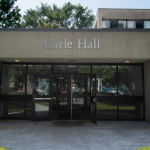 Carle sprinkler system goes off, again Previous
From the Congo to Keene Next 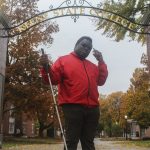