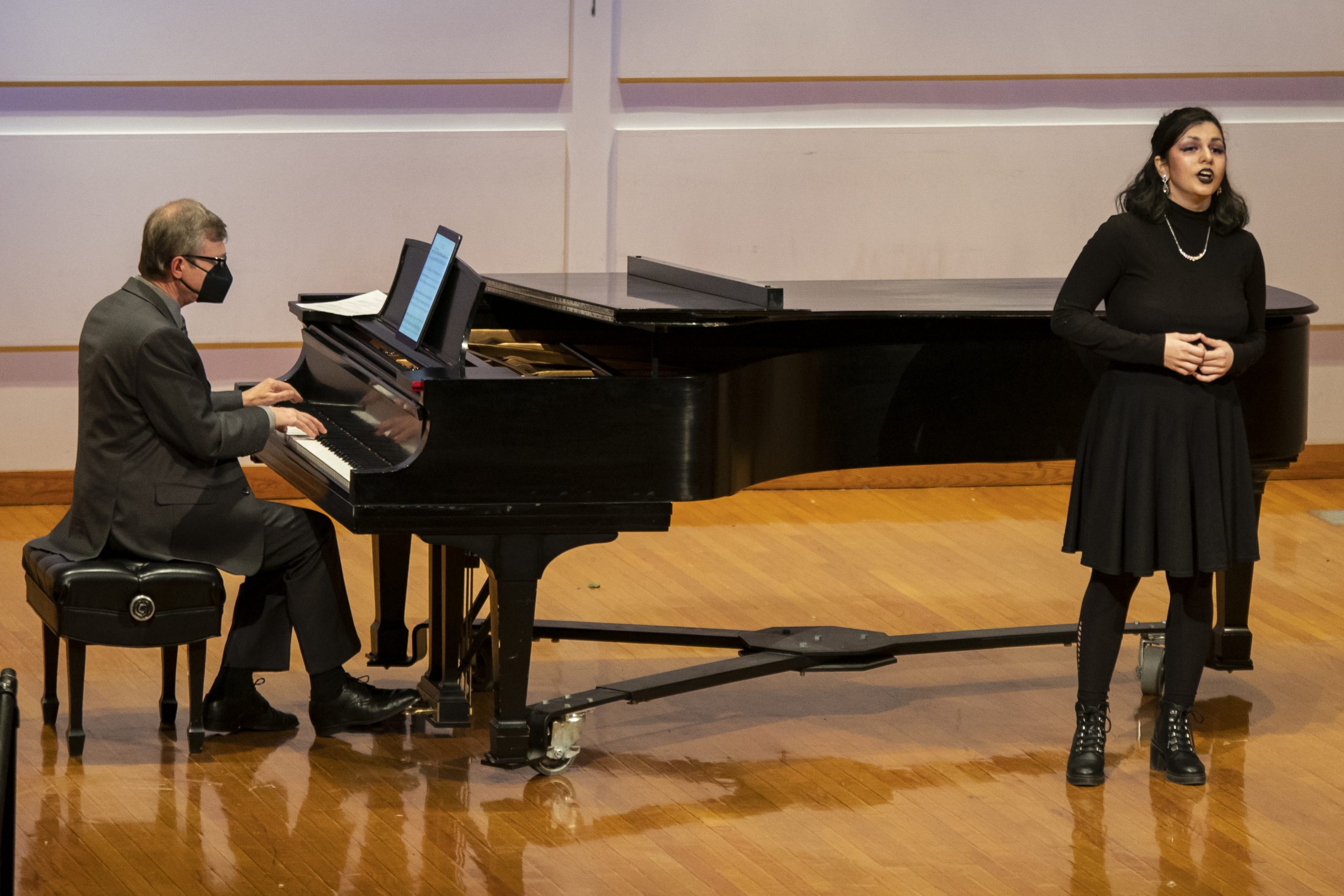 The recital is an opportunity for music performance majors to demonstrate their skills and apply what they have learned so far during their time at KSC.

Dr. Daniel Carberg, music department chair and organizer of the event said, “We have been doing this event virtually for three years…It’s actually quite moving to have this event in person again. I think the students are really excited to have a live audience and to be singing without a mask on. It’s very liberating.”

Browne said she had had an overall positive experience working with her voice teacher, Professor Evangelia Leontis.

“I love working with my voice teacher…she’s great…I’m a mezzo-soprano, which is the second-highest voice range. And I really enjoy singing in that range. I think there are so many beautiful pieces written for mezzos… I’ve just sort of fallen in love with…opera music…I’m not performing any opera songs in this recital, but I do typically have at least one each semester,” said Browne.

“I have some students that are really focused on classical music, and some students that are focused on musical theater pieces…I am going to be teaching solid technique no matter what they’re singing, but they just require a different mindset to go about it,” Bothwell said. “…you’ve got to really balance what you’re doing vocally, while not sacrificing the character.”

Browne said she had to be diligent with her practice leading up to the recital. “[I sat] in a practice room with the piano track playing on my phone, singing through it, or met with the piano player and work[ed] with him,” she said.

Bothwell added, “The work that you’ve done up until the performance really needs to be solid…I think a lot of students…get nervous and caught up in that. But at the end of it, you survive. And you’ve made a wonderful musical moment.”

Carberg said that the students that performed did not all begin their music education at the same time.

“Some, even though they’re juniors and seniors…may have just started taking voice lessons. And some have been taking lessons all the way through high school,” Carberg said.

Carberg added, “I think [the audience is] going to take away the fact that [the] Keene State voice area is super strong right now. And it’s just going to continue to grow.”