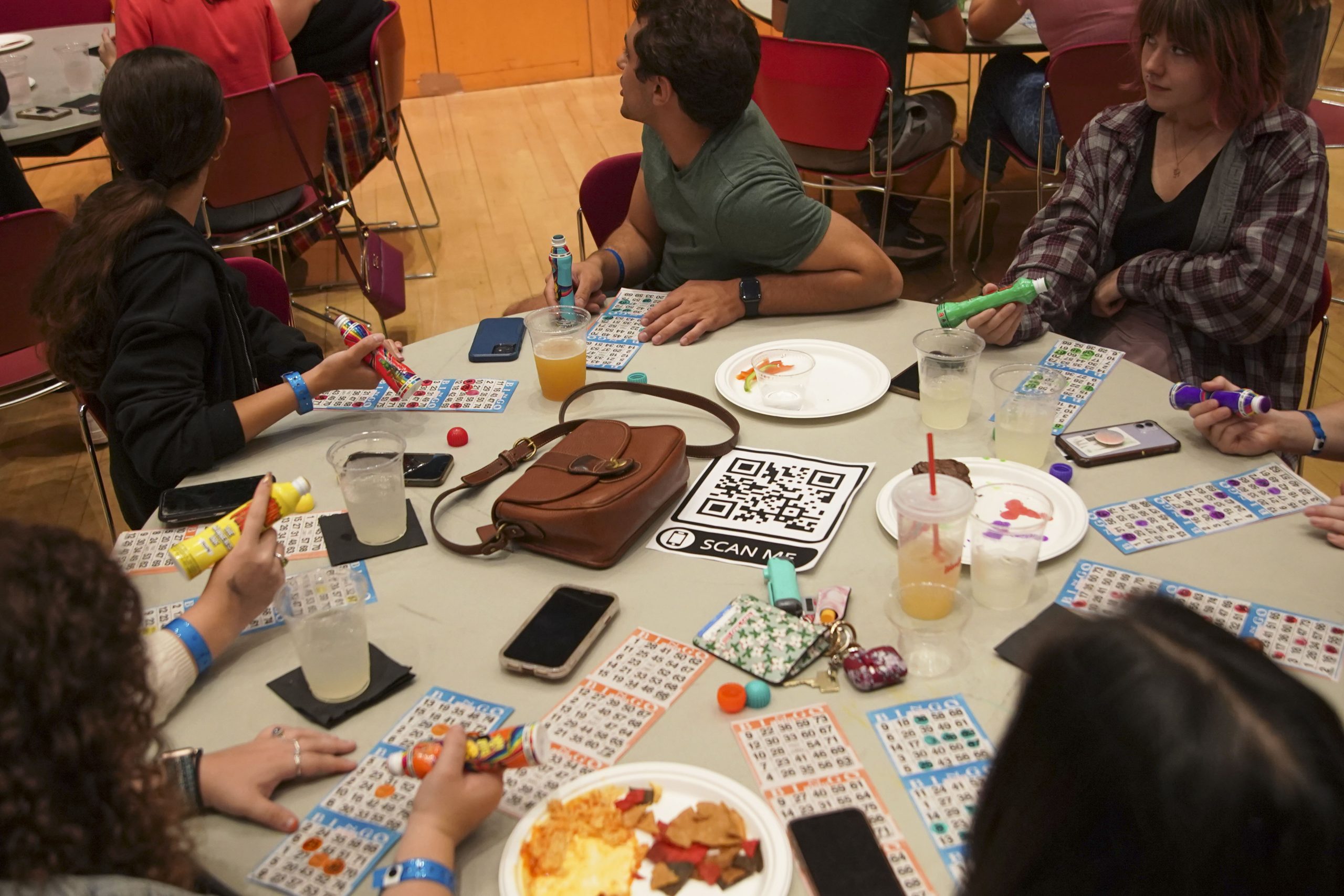 Members of the Class of 2023 gathered in the Mabel Brown Room for Senior Bingo Night on September 9, hosted by the class executive board.

Students played a total of ten rounds of bingo to win a variety of prizes, including a Yeti cup, gift cards to Target and Starbucks, and an iPad mini and Apple pencil. Two tickets to the October 9 Patriots game was the last round prize.

Assistant Director of Admissions, Kevin Justice, said the high turnout made for a successful event. “The plan was to have a really good event at the beginning of the year to get seniors pumped, to kind of get us that return to normal so we could possibly create this pattern of students attending events and make the senior events really good this year,” Justice said.

The energy in the room was buzzing with excitement, leading to some tense bingo rounds. Some even required a tie-breaking game of rock-paper-scissors. “It’s super fun. Bingo can be kind of nerve-wracking when I’m trying to win,” Shannon Parks, class of 2023, said.

The lucky winning students, as expected, were excited. One student was able to win a round of bingo and get a prize. “I won! A target gift card, $100 dollars,” said senior Khaley Styles.

Lucy McGrade was eager to win a round. “I’m excited. I wish I was winning, because I havent won anything, but it’s fun!”

The food was popular among those in attendance. “The food and drink is a great add to the night, it feels like eating dinner with family,” Parks said.

Senior Asheley Saafield shared similar sentiments, “The food is almost as good as the prizes.”

The bingo numbers were announced by the class of 2023 executive board on a rotating basis.

Senior Sofia El Hakim said the class is off to a good start. “Honestly, this is the first event I’ve gone to, and so far so good.” 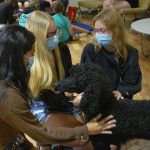