Book Review: ‘The Mapping of Love and Death’

In the seventh novel of Jacqueline Winspear’s historical fiction Maise Dobbs series, “The Mapping of Love and Death,” the detective returns to the scene. In previous installments of the Maise Dobbs series, she had her start when she had been found reading while she had been working as a servant at the age of thirteen. Rather than fire her, her boss, Lady Rowan Compton, decided to fuel her love for education with a guiding hand from a friend of hers – Dr. Maurice Blanche. There, Dr. Blanche helped Maise learn the ways of solving the most difficult cases, becoming a fatherlike figure to her throughout the books.

The well-off Edward and Martha Clifton travel from Boston to London to have Maise try to track down a mysterious lover who exchanged love letters with their son, Michael, before his death during World War I after volunteering to serve in a cartography unit. However, upon looking at his body post mortem, Maise notices something peculiar. She reaches the conclusion that Michael had not been killed by a shell from a bullet, but rather murdered. This book details the journey Maise takes to find Michael’s wartime lover, and his killer.

A regular mystery thriller novel, “The Mapping of Love and Death” is not something different from the genre, frontiering new twists and turns to capture readers by surprise. However, this is not a bad thing.

Winspear is a strong writer, and her style of writing fiction is perfect for reading on a cold, rainy day. I enjoyed her writing throughout most of the novel, although the last few chapters lost that rhythm Winspear has. It gets a bit repetitive.

Things work out a little too easily for Maise Dobbs, such as when her friend knows  a person who captured footage of a cartography unit during the war. Of course, this character, Henry Gilbert, just so happened to be filming Michael’s unit, and of course his killer is seen on tape trying to stop Gilbert’s crew from filming. All of this came up in a conversation about fourteen years after this war ended. This bores readers, and does not provide much suspense, especially when the killer is shown to have a short temper.

To make things worse, imagine when this barely introduced character shows up at the end of the book to find out, lo and behold, they killed Michael Clifton for no reason other than his father left Britain when he was younger.

Throughout the novel, Winspear alludes to another character as being the killer. This character, named Thomas Libbert, acts nervously, and even admits that he married Michael’s older sister, Anna, for money. I am not sure if Winspear originally made him the killer and changed it last minute, or if she attempted to trick the readers.

Despite the flaw of the killer’s motive, Maise Dobbs is an excellent protagonist.

As the story progresses, Maise finds her personal life being flipped upside down. Her mentor falls ill, and she also finds herself falling in love with a childhood friend, who had been deeply traumatized by the war. Winspear does an excellent job at portraying Maise dealing with difficult situations and does not hesitate to have misfortunes happen to her character.

Maise is written like an actual human being, who is not perfect and has her own flaws. It was astonishing to read about mundane things going on in Maise’s life, as if I stepped into a time machine back to the 1930’s.

Winspear’s writing is also very historically accurate, which is something that I value a lot. She, for example, mentions how American soldiers fought in WWI and how they all thought the war would be over before Christmas.

Overall, this book is a solid three out of five stars for me. Maise Dobbs is a personal favorite protagonist of mine and Jacqueline Winspear is a strong writer, but this book seemed to drag on towards the end. Additionally, as I previously stated, I believe that the killer should have been somebody else, and that the motive did not make that much sense in the overall context Winspear built up around the Cliftons.

William Johnson can be contacted at 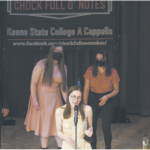 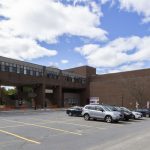