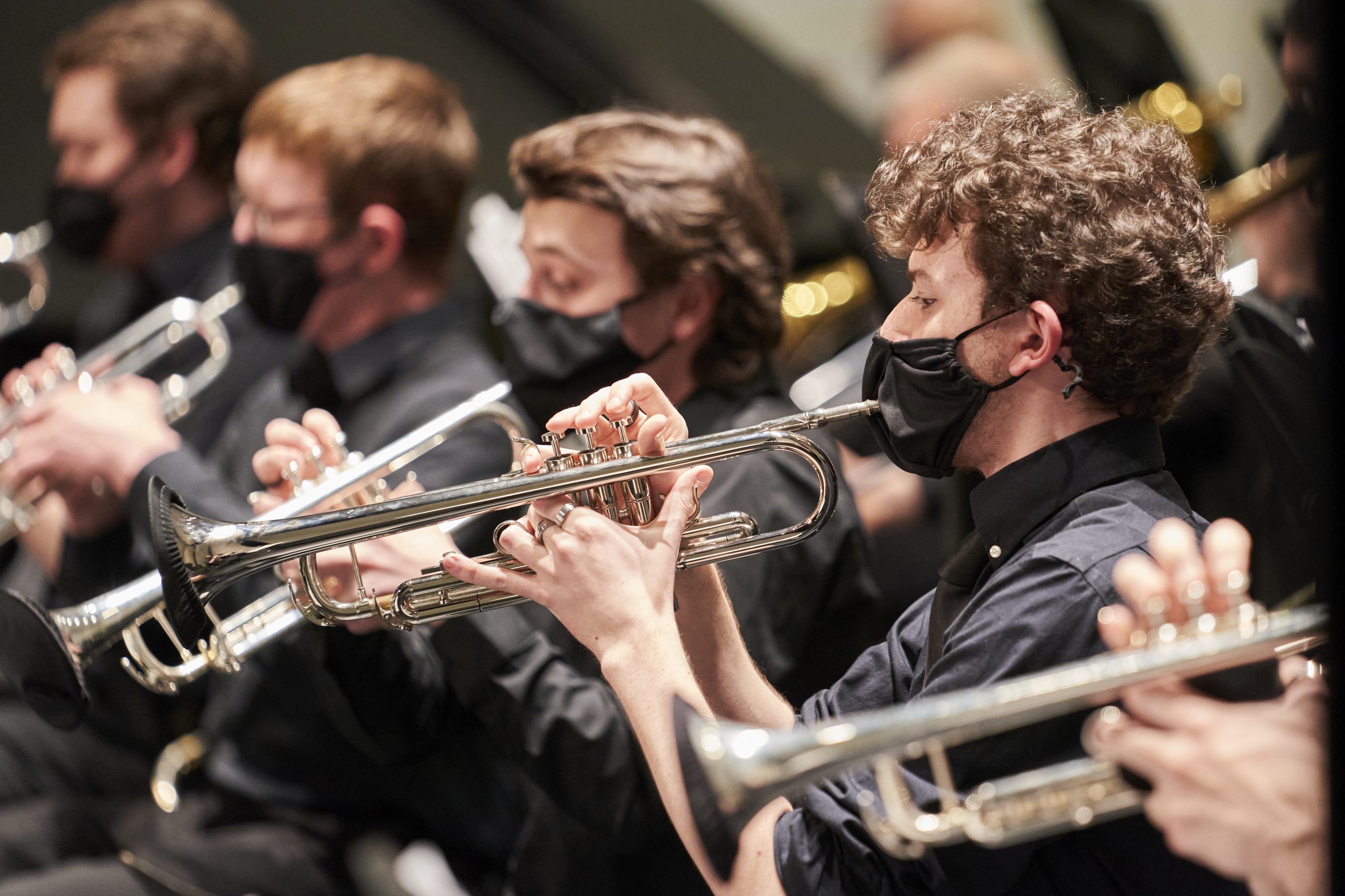 KSC Concert Band held their first performance of the semester on Thursday, Feb. 17 at the Redfern Arts Center Main Theatre.

The performance was shorter than a usual full-length concert and only had four pieces, but two contained multiple movements. The performance also featured three student conductors: Andrew Cropper, Angel Martino and Michael Vlachos.

Concert Band Director Dr. John Hart explained the idea behind the concert being shorter than the usual full-length performance. “I like that it’s short and sweet… I like more frequent concerts that don’t have an intermission,” Hart said. “Ultimately, what I want to do is eventually have four performances a year.”

The ensemble opened up the performance with a three-part piece titled “Tudor Sketches,” which is based on the House of Tudor. The Tudor family ruled the kingdoms of England and Ireland during the 15th to 17th centuries. “It is based loosely on the style of the savvy Elizabethan ear of England,” Hart said. “So it’s got sort of a very suggestive, almost programmatic writing style about it.”

The next piece was titled “The Engulfed Cathedral.” According to the program notes, it depicts an old legend that states, “To punish the people for their sins, the cathedral in the mighty city of Ys is engulfed by the sea. Each sunrise, the townspeople watch as the sunken cathedral rises from the water, and then sinks slowly into the ocean.”

Student Conductor Andrew Cropper described the piece as being “very bright, a very broad song that we’re trying to get out to the audience.”

The following piece titled “Nothing Gold Can Stay” is based on a poem by Robert Frost. “Robert Frost is one of my favorite poets,” Hart said. “…There’s a certain amount of love in there that thematically comes through in the piece, and it changes the way I conducted.”

Cropper said this piece can evoke feelings of nostalgia. “It’s a very sentimental, a little bit of a sad song and it brings more of a memorabilia [feeling].”

The closing piece was titled “Divertimento for Band, Op. 42,” and was made up of six different parts. The audience was asked to hold their applause until after all six parts were complete.

“‘Divertimento for Band’ has a very striking writing that will conjure some kind of image, but it might not be the same from person to person,” Hart said. “Every piece has a potential for that, that’s what I do. I just create a whole narrative.”

Being a student conductor, Cropper got to conduct one of the “Divertimento for Band” movements. “I [did] the fourth movement,” Cropper said. “We had a combination of our professor conducting the band and also [the] chance for students to take that leading approach.”

Cropper described his experience conducting overall. “Conducting to me, is an act of performing in it’s own,” Cropper said. “…Sometimes it can be very hard, but you want to be as detailed as possible… But it’s really fun and I’m looking forward to more conducting experiences, hopefully even after college.”

Hart mentioned that he is most proud of the progress his students have made this semester. “Hands down I’m proud of the students,” Hart said. “I also have a lot of admiration for our first-year players, because they haven’t had a single year of normal college [with the pandemic] and highschool was disrupted too… They all work very hard against pretty enormous odds, so I’m very proud of them for that.”

Hart said he hopes that the audience was able to create a narrative in their mind after leaving the performance. “I think each piece has the potential to tell a story,” Hart said. “Sometimes it’s good to just close your eyes and get swept up in the music and create your own little world.”

Percussionist Victoria Young was unavailable for an interview. 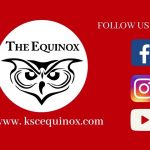