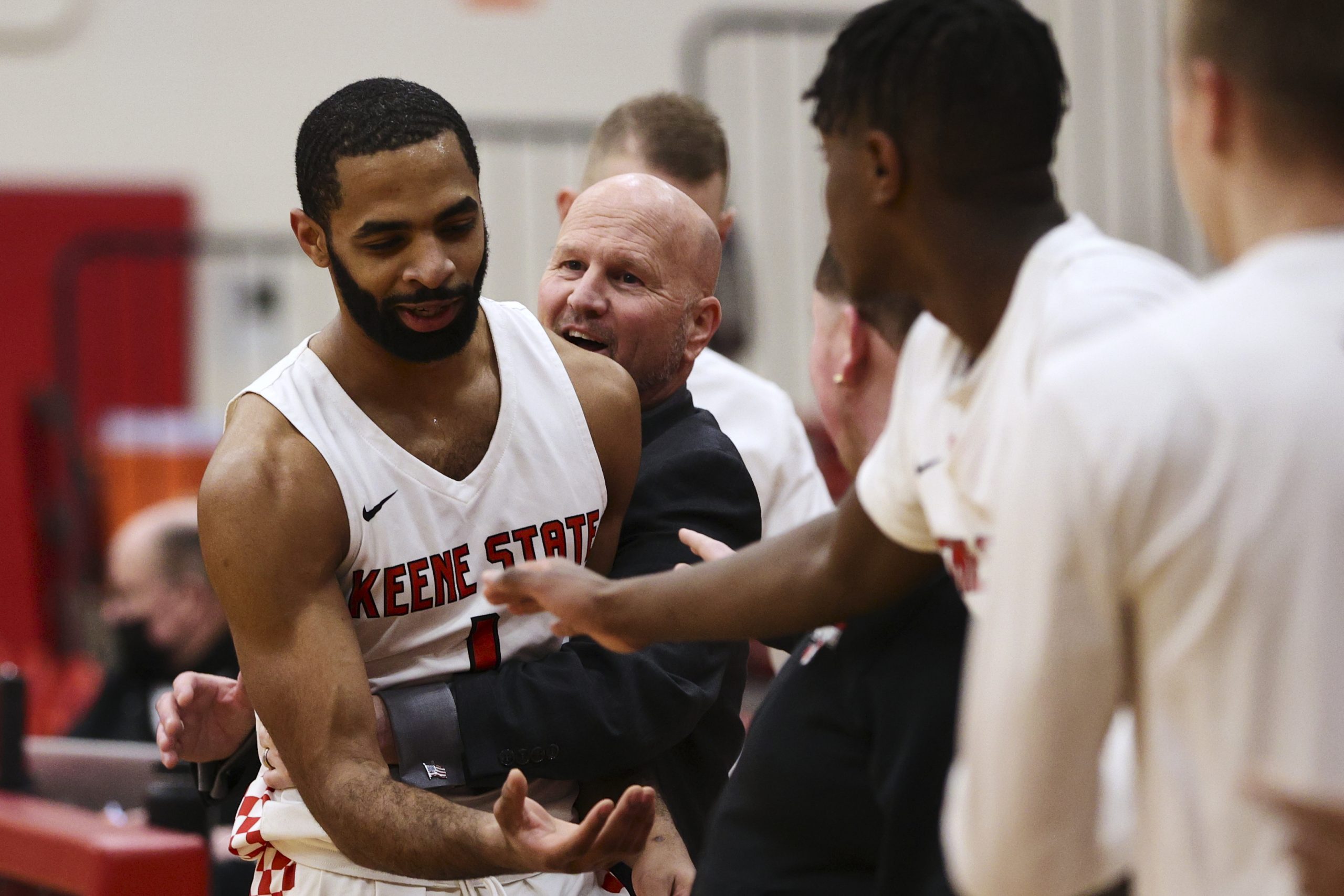 The influence that coaches have on athletes can be lifelong

Parents, teachers, coaches – these are just a few parties that have an influence on people as they grow up. Many athletes rely on coaches for guidance, on and off the field. The influence coaches can have on athletes can continue on throughout their lives, with many athletes becoming coaches themselves. Many coaches at Keene State were athletes once – how did their coaches influence the way they coach now?

Justin Blood, head coach of the men’s baseball team, has had encouraging experiences with coaches throughout his athletic career. Blood said, “It goes without saying that family, co-workers, peers and mentors along the way have played a huge role in my development as a person and coach.”

When asked how much his coaches affected the way he has decided to go about coaching, Blood said, “I know my coaching style and core beliefs have been shaped heavily by coaches I had as an athlete. My hope has always been that I could blend my given strengths with the strengths of those I admire most.”

Bob Weiner, head coach of the women’s volleyball team, had experiences with his coaches that he did not want to repeat with his own athletes.

Weiner said he would describe his coaching style as fair. “I’m a teacher first, then a communications expert, a motivational counselor and – especially after 2 years of pandemic living – a therapist. I don’t yell much. The only thing that sets me off anymore is somebody flat-out not listening to something specific. Since the only thing I have is information, kids on my team know they’ve upset me when I stop talking to them. No need to communicate when they aren’t listening, right?” he explained.

Weiner said that his coaches weren’t inspiring role models in his eyes, and he wouldn’t want to use their coaching practices with his own athletes. “My coaches were old-school yellers and sexist s— bags. If you missed a play or played a little soft, you were a p—- or told you played like a girl… I use none of the techniques they used, for obvious reasons,” he said.

Simply put, “Don’t do what they did,” he concluded.

Weiner discussed that coaching wasn’t his original career path, so his coaching methods were adapted from the practices he saw his peers use. “Coaching was an early mid-life crisis career change for me. Rather than model myself on the coaches I had as an athlete, I studied the good coaches I worked with in the early stages of my career. I was lucky to have been mentored by a couple people who were terrific teachers of the game and just good human beings. Their work stuck, I hope,” he said.

“When someone who played for me graduates from Keene State, I hope they feel they were treated with respect, and as an individual. One of my mentors used to say that if you treat everybody the same, you are treating everyone badly… I probably fail at this as much as succeed, but I’d like every athlete I work with to feel that I cared about them and had their backs,” Weiner said, about how he hopes his athletes will look back on their time in the program at Keene State.

“What the student-athlete experience should be at the D-III level has more to do with personal connections they have made, and experiences off the court that they’ll have forever. I hope being a college athlete instills in them the idea that if they continue to take care of their bodies, they can be fit and healthy for a very long time,” Weiner added.

Many athletes go on to coach their own teams in the future so they can give back to the community and help shape young athletes. Weiner said he would give those thinking about that career path this advice, “Build your style and coaching philosophy around the qualities of all the best coaches you’ve worked with, but trust yourself that in time you’ll forge your own style.”