A look behind the curtain 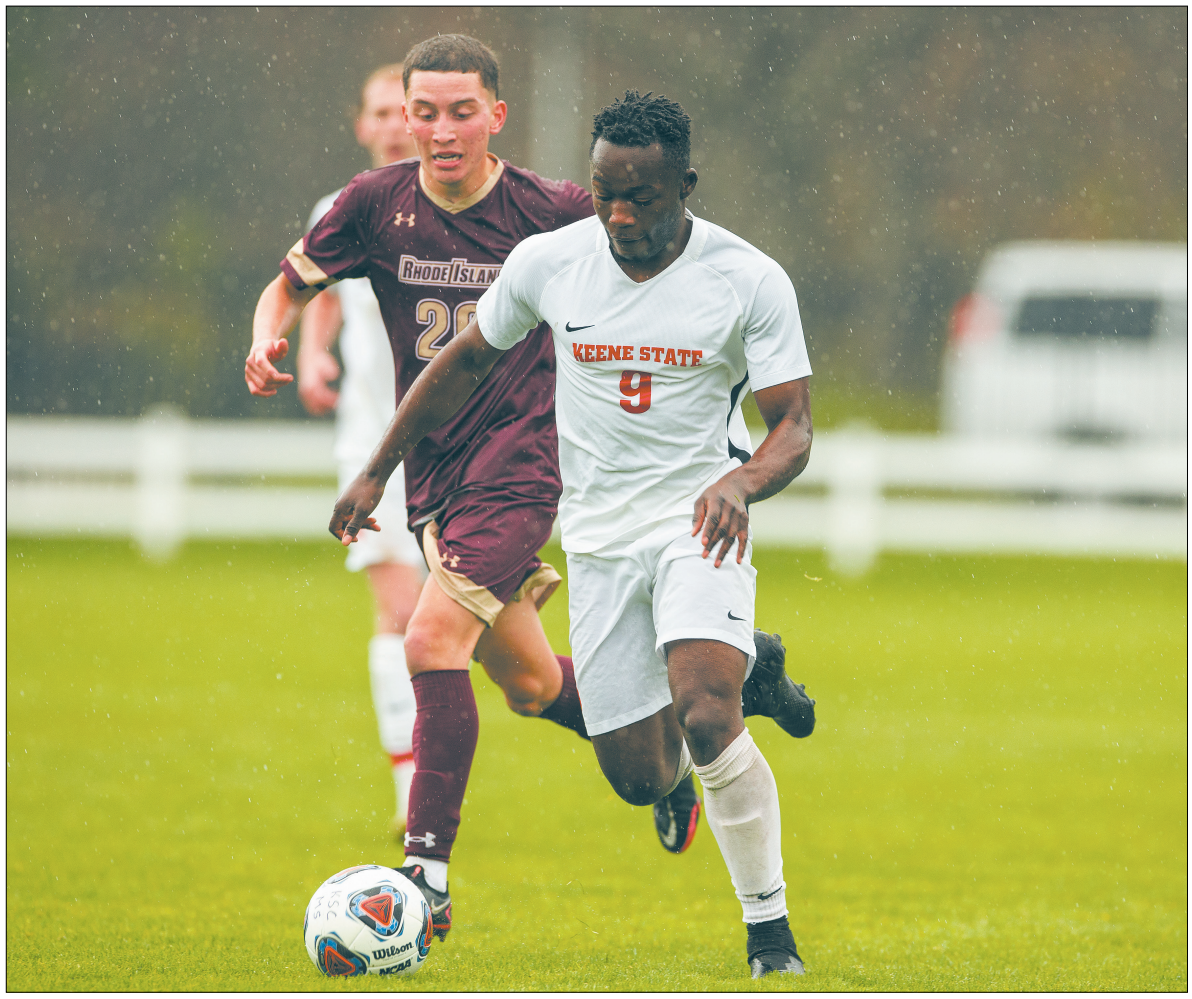 How has the athletics department handled the COVID-19 pandemic?

The COVID-19 pandemic has been roaring on for nearly two years now, and the thinking and circumstances behind the athletic department’s protocols has never been clear to some people.

When it comes to the world of Keene State College athletics, Phil Racicot, Director of Athletics and Recreation at Keene State and Chair of the Little East Conference Athletic Directors Council Executive Committee, is the man leading the team to the finish.

Rewinding all the way back to March of 2020, Racicot recalled what was going on at that time in the world of KSC athletics. “We had just finished the basketball season… then we got to March [2020] and we had started some spring stuff… the baseball and softball [teams] were actually in Florida,” he said.

Racicot said that it felt like everything came to an abrupt end. “At that point, there was a whole lot of unknown.” Keene State had to work to get various sports teams back home from away games as universities closed.

As the international population was learning more about COVID-19 everyday, KSC weighed its options and decided to safely bring students back to campus in the Fall of 2020. Just as being away at college now looked different, athletics had to make some changes as well. “This time a year ago we weren’t playing games… it certainly looked and felt different than what people were used to,” said Racicot. KSC implemented a plan of only playing intramural sports games, so as to keep the campus community safe from any possible transference of the virus from other schools. Sports teams were also meant to practice in smaller groups, working their way up to full team practices by the time the spring semester of 2021 came around.

While continuing with athletics was never a question for Racicot, he also knows there are risks that come with playing during a pandemic, and being at college in general. “It’s definitely not the same, there’s a risk proposition to everything that you do, athletics and COVID included. I think one of the things we can really think about is, there’s really been little or no data to suggest transmission of the virus happens during sports. So much of that is what happens off the court and off the field. It’s the eating, meeting and greeting,” he said.

As KSC has maneuvered through these trying times, the decisions that have been made and the circumstances that have been weighed always keep students as the top priority.

For athletics specifically, Racicot said, “A foundational component of what we do is student athlete well-being. To weigh the pros and the cons of it, I think, obviously the alternative is that we don’t have [sports]. To me, that’s really not an option, in the sense that you think not just about the physical well-being of people but the mental well-being, especially when we’re talking about college athletes. It’s such a part of the identity of a college athlete, to get to this point in their life. We’re talking about less than five percent of all high school athletes play a sport in college, Division I, II, or III. It becomes a huge part of your identity, and to have that torn away has some significant impact mentally.”

Just after students on the priority list, there are faculty/staff and then the surrounding community. College athletics has always been an important part of American culture. Racicot said that, without athletics, the community would be missing a vital piece of its identity. “Also the impact that it has on the surrounding community, the campus community. It certainly is part of the fabric of what we have on campus, you know, college athletics, and to not have that at all I think would be a negative.”

For the fall 2021 semester, KSC athletics has welcomed back spectators to sports games. However, the athletics department has received criticism for its poorly masked and maskless spectators at a basketball double header on November 9, going against KSC and Little East Conference guidelines.

While Racicot has said that maskless spectators reflect poorly on the athletic department and Keene State in general, he added that being able to have spectators at all has been a blessing.

KSC President Melinda Treadwell has said that if spectators can’t comply with the masking protocol, then there will be no more spectators.

“Since the onset of the pandemic, everything that we’ve done has been really orchestrated with CDC guidelines and NCAA guidelines; state, local, and campus authorities; and it’s all been a really important collaborative approach,” he added.

With the introduction of the COVID-19 vaccine, Racicot said that it’s just another tool to add to the athletic department’s toolbox. Racicot recalled that at this time last year, if athletes were testing positive with COVID-19, that diagnosis had the potential to sideline entire sports teams, effectively putting a wrench in the rest of the season for those teams.

“I’m hopeful [sidelining teams] doesn’t happen. It could, but we’re at the point where it hasn’t happened yet and you haven’t seen it regionally, or even nationally, too often where a whole team gets sidelined. It’s now a much different approach because we have implemented the vaccine, and certainly still using masking as a tool where appropriate,” he added.

As for where athletics is right now, Racicot said, “From a safety standpoint, I think we feel really good about where we are. The mental health part of it, look, everyone is feeling this. The mental exhaustion, the anxiety, a lot of times it’s this sense of helplessness, and I think athletics gives us a sense of hope, as opposed to helplessness. So I think it’s played an important role that way.”

“We’re at a point now, and athletics is a cross section of the population on campus, but the number of positive cases that we’ve had in athletics has been relatively low, even compared to last year, and again some of that has been our approach and educating people, and having people take not just good care of themselves but really just being smart about how we do things,” he said.

Racicot said he is proud of what the athletic department and KSC has been able to do since the onset of the pandemic. “We went from a position of not really having any knowledge on how to deal with this to progressing to the point now where, clearly we’re not back to normal so to speak, and we may never be to some degree. We don’t know. But we’ve made so much more progress about what we know, how to do things safely, and how to progress,” he said.

Chief Medical Officer and Nurse Practitioner for the Wellness Center Barbara Berthiaume and Athletic Trainer for Women’s Basketball Jen Hammett said they did not have time to comment.