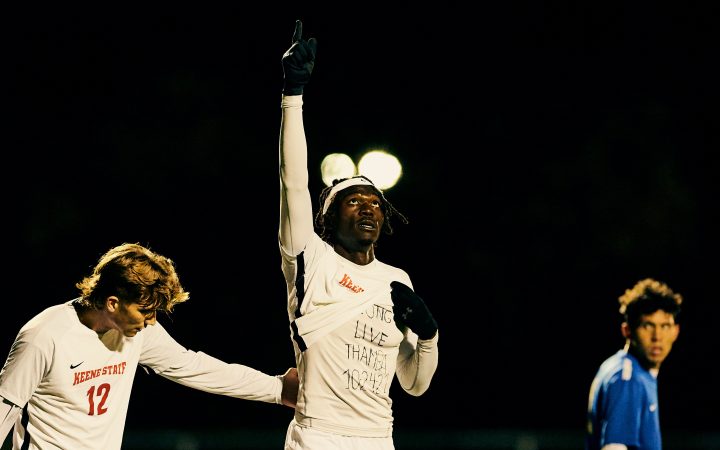 The brother of a Keene State College men’s soccer player was killed in Manchester, New Hampshire over the weekend. According to NHPR, Moses “Thamba” Mbungu, the 20-year-old brother of senior Mbambi Mbungu was found dead in Derryfield Park in Manchester, New Hampshire, on Sunday, October 24. NHPR states the cause of Thamba’s death was a bullet wound to the back and has been ruled a homicide.

Rick Scott, the men’s soccer head coach had many things to say about the young man involved and the community of people he comes from. Both Thamba and Mbambi came to Manchester after being part of a refugee community, which Scott says is “very tight knit” in that they all take care of each other.

Scott describes Thamba and how he “spent a lot of time on this campus over the last three years because he knows all the guys here, so he’d be over here quite often watching games on campus.”

He went into detail about the huge goals Thamba had for himself when it came to his soccer career. “I’ve been recruiting him for three years to get here, and he had aspirations to play professional soccer in Africa and he’s already been over there at least once. He was scheduled to go over again in the middle of December with Yusufu and Mbambi, and he was going to have another tryout.” Scott continued, stating that if Thamba’s plans didn’t work out as he had hoped, he wanted to recruit him to play for Keene State, “And if these things hadn’t worked out, Mbambi and I had discussed maybe Thamba will come here and play.”

Scott talked about how long he has been working with these players and just how appreciative he is to have been able to work with them. “I’ve gotten to be with these kids for seven or eight years now, and they’re remarkable. They’re so resourceful, so remarkable, but all the kids I’ve had here and I’ve got quite a few, they’re just beautiful kids,” said Scott. He also explained that he and the rest of the team will be there for all of the players involved, including Mbambi, senior Yusufu Juma, senior Glaudi Bangasimbo, senior Benny Tamzarian and Enoch Kasa, all of whom are out of Manchester, New Hampshire, and the same refugee community.

Scott also mentioned another fellow senior, Clinton “Bongo” Mungeta, who is not from Manchester but Concord, another area with a refugee community. He elaborated that although Bongo is from a different community, he is still very close to the players from Manchester. He emphasized what being part of this team really means to his players, “Believe me, they’re all so tight it’s really incredible to sit back and look at it and see it and see how much they really care for each other. How much they take care of each other, how they make so much out of nothing. They’re just awesome, awesome kids.”

Scott emphasized how grateful he is to have been able to be in these players’ lives for the last eight years when he started recruiting out of the Manchester, New Hampshire area. “We’ve had quite a few refugee guys come through here, and I’m the one that’s lucky to be part of that. They appreciate everything that you do for them, they appreciate it.”

There was a moment of silence for Thamba at the Senior Day game on Saturday, October 30. The four seniors who were close to Thamba all walked out for the ceremony together in order to support one another. Many of the players who were close to the young man played in the game in honor of him. There was also a GoFundMe made to raise money for Thamba’s funeral expenses and to help support the boy’s family. That page raised over $19,000 before being closed and no longer accepting donations.

According to the Union Leader, there was also a vigil held for Thamba at Derryfield Park in Manchester, the location where Thamba was found last week. The vigil was held on Sunday, October 31 with well over 100 people, including friends, family, teammates and former teachers. This vigil included a makeshift memorial with photos, messages, sneakers, flowers, soccer balls and candles. A funeral service for Thamba will be held on Saturday, November 6 at 9 a.m. at the Connor-Healy Funeral Home in Manchester with calling hours on Friday, November 5 from 5 p.m. to 8 p.m. at the funeral home. 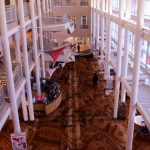 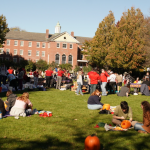