Returning to the court in 2022 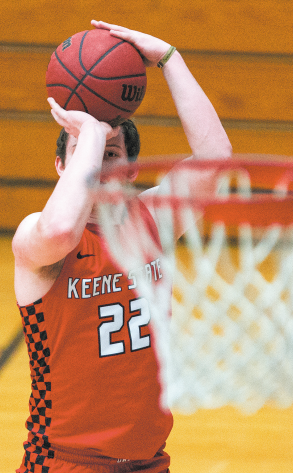 Basketball is preparing to dominate

Keene State basketball is heading into a new season, and there’s nothing but excitement and determination coming onto the court.

Women’s basketball head coach Keith Boucher said that the goal for his team is to keep growing and thriving not only as athletes, but also as people.

“The goal is, every year you grow as a person first, and I think that’s part of the athletic experience… I think you get a lot more out of it than just the competition.”

He added, “And the ultimate goal obviously is to compete for a [Little East Conference] championship.”

“I think that’s the challenge as a coach, it’s the challenge as a player, to get ready to play every game, to make sure every day you’re doing your utmost to be the best person you can be, to be the best student you can be, and then hopefully the best basketball player you can be… I think the measure of a really good team is how hard they compete every night, and do they play together, and do they play for each other, and that’s the goal every time you step on the court,” said Boucher.

Men’s basketball head coach Ryan Cain said that he hopes that his team is “playing our best basketball by the end of the year.”

Cain’s main goal for his team is to compete as well as they can for as long as they can and to grow as players in the process. “Obviously, our goal is to compete for a regular season championship, try to win the [Little East] conference tournament championship, and then get in the NCAA’s playing our best basketball, the chance to make a run.”

Cain said that he is focused on helping his players become the best players they can be, for themselves and for their team. “The thing that I think I’m the most focused on is how hard we play, how basketballtough we are… you know, do those little things that really, really, really good teams need to do. There’s a level of discipline that goes along with being a successful team… I think we’re very disciplined. We’ve got what we want when we want it on both sides of the floor so it’s a question as to whether this young group of guys can figure that out, and how quick they can figure that out, and how well they do those things.”

Both teams are gearing up to do their best for Keene State in the spring with their first games of the season being played on Tuesday, November 9 for the men and Friday, November 5 for the women. As Coach Boucher stated, “You can’t walk before you crawl.”

0Shares
0 0
The final countdown Previous
Who is Denis Fleming? Next 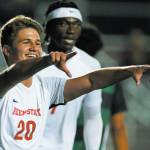