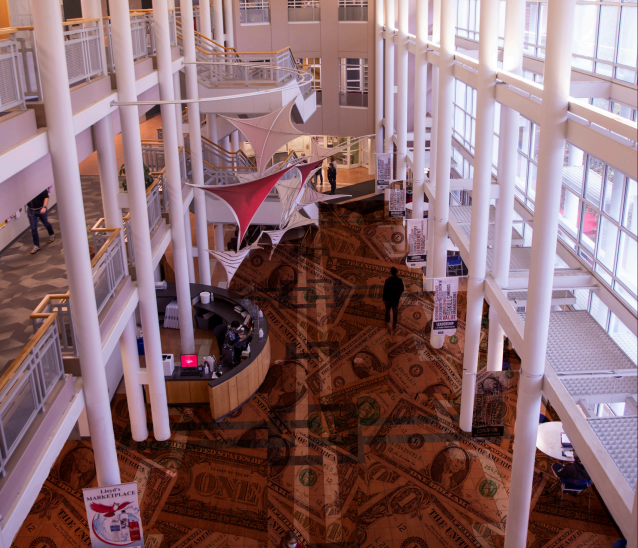 SOME ORGS HAVING TROUBLE RECEIVING FUNDING FROM STUDENT GOV

Student organizations at Keene State used to have individual budgets until the recent switch to one, centralized Student Activities Account, with few exceptions such as The Equinox.

However, some on-campus student organizations said they’re experiencing trouble getting money from the Student Activities Account, an account that has, as of October 18, $346,948.81.

Eric Silverman, treasurer of Keene CRU, one of Keene State’s faith-based organizations, said they received some pushback when the club wanted to have Domino’s at one of their meetings.

“We ran into a lot of problems with the specific language that was needed, despite in the training, both myself and the president of the club received this specific kind of language and the kind of format in which you would want to send in for those on those request forms,” Silverman said.

Silverman said that the process felt like a “continuation of roadblocks.”

Silverman said that because the meeting was open to all members of the Keene State community, CRU had to go through Chartwells in order to cater their meeting.

“Ultimately, we got approved about 24 hours before our event, before the meeting, which was fine,” Silverman said.

However, media-based organizations have also run into budget problems.

Jillian Rivers, the president of KSC Kronicle, the college’s yearbook, said, “the Kronicle yearbook has been around since the start of the college.”

“The past couple times we’ve submitted a budget, it’s been denied,” Rivers said. “They told me it’s because we couldn’t give them enough detail regarding what the budget would be going towards.”

Rivers explained that the Student Government asked for a budget breakdown, something the Kronicle does not get until the Spring semester. “The budget breakdown is a little trickier though, because the entire budget is going towards the production of the yearbook working with Josten’s things like that. So that’s kind of the harder part we’re working out right now.”

Rivers said that Kronicle cannot begin working on the yearbook until the budget is figured out.

Other long-standing media-based organizations, including WKNH, the campus’ radio station, has also been facing “uncertainty” when requesting funds.

“[In] more recent years, especially this academic year, there’s been a lot of uncertainty when it comes to how much can student organizations actually get,” Cole Rinker, the station manager of WKNH said.

Rinker continued, “Our transmitter is over 20 years old, for example, and we were in need of replacing it last spring. And what originally was supposed to be a one to four month process took the remainder of the academic year, and is still ongoing in that it has been really troublesome of our truck transmitter is something that we rely on as to run radio station to get news out per the FM frequency.”

Rinker further explained that the emergency broadcast system also needs repair, which is a federal requirement for radio stations.

If WKNH cannot get a new transmitter, WKNH might have to move to a fully remote system. Rinker explained that if this were to happen, “We’re inevitably going to die. And that has historically been with several other college radio stations that I’ve talked to throughout the New England Greater New England area, and they move to a streaming format purely to eliminate costs and make it more accessible for students and then they went underwater.”

In the funding request form found on OwlNet, the form asks how the funding would align with the organization’s mission.

“One of the things clubs can request for is food. If the mission of your organization is, you know, tied in with food, sometimes certain organizations like Global Culture Club is one, that their food is a big way in which that organization shares cultures and helps talk about cultural impacts,” Ronning said.

Ronning continued, “Other organizations if they’re just requesting food on a weekly basis. And that’s not a part of their mission statement…That’s when we [the Finance Committee] would deny it.” 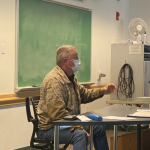 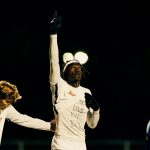