The USNH hosted a meeting attended by Alana Lehouillier and Zachary Christie who then reported back to assembly.

Title 9 data was also reported to the assembly. KSC has seen a slight decrease in disclosures. The USNH reported their most frequent Title 9 reports.

Christie reported the USNH finances are working to make a comeback from pandemic related losses. Students deciding not to enroll and deferred students caused major financial losses across the university system. Christie also reported that every effort is being made to secure federal funding for COVID-19 related expenses.

The assembly also reported that the USNH eliminated the cap in place on out-of-state undergraduate tuition. Also, there is no current Chancellor in the university system, and how that is going to be addressed is in discussion.

During courtesies, assembly was reminded to report any events that may need advertising on social media. Assembly members mentioned several events hosted this weekend and meetings in the coming week. 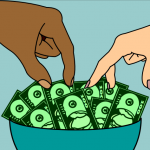 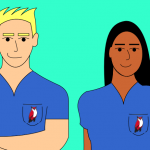