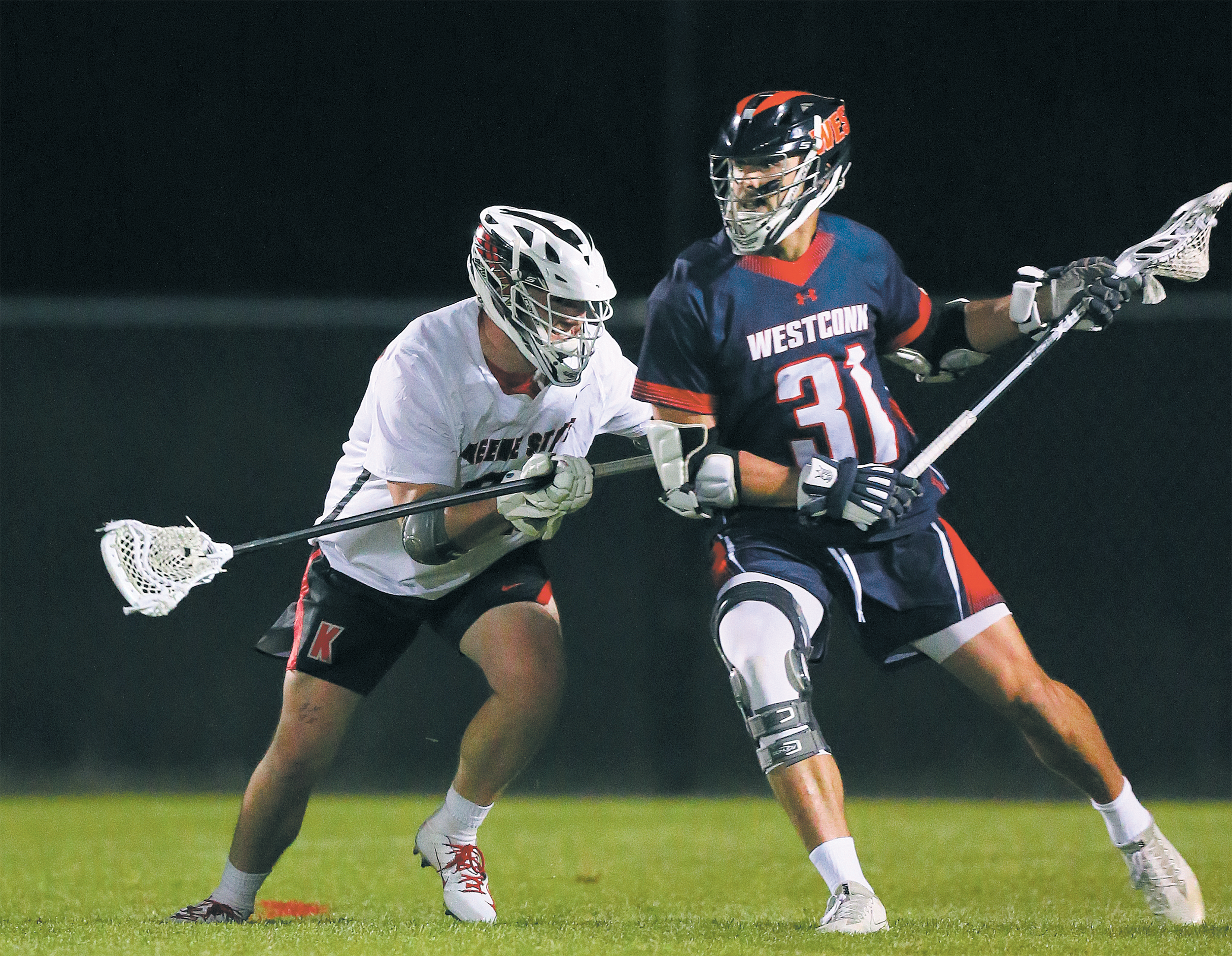 One day before the Owls were scheduled to compete, most of the starting defense lineup was placed into quarantine, leaving the team short players. “We started counting numbers and we didn’t have enough kids to play, or at least on the defensive side of the game,” head coach Mark Theriault said.

After team members and coaches reached out to former team members, three former athletes agreed to rejoin the team in order to play the game: defensemen Soren Frantz, Finley Morgan and Thomas Nicalek.
Morgan and Nicalek were not available for comment.

Frantz, who otherwise would have been at the game taking photos, said he felt a responsibility to help out the team. “I was part of the team the first two years and I mean, it felt kind of wrong to stand there,” Frantz said. “The other thing I would have been doing is photographing the game but it felt like morally wrong to stand there and watch them struggle instead of doing what I could to help.”

Frantz said his participation in the game started off as a joke between him and fellow teammate, senior captain Paxton Blanchard. “I was texting Paxton and we were just kind of joking about if LECs were going to happen or not,” Frantz said. “I was just curious about it. Then he randomly said, ‘Oh, you want to play?’ and I thought it was a joke… And then it turns out, he was being serious.”

Theriault said there were concerns about integrating new players and how it would impact team blending. “You really want to make sure by making these decisions, it’s not adversely affecting your team,” Theriault said
However, Therialt said the exact opposite happened, “When the kids were at practice and they showed up, they were all extremely grateful and appreciative of these kids, that they were willing to go through all that red tape of athletic paperwork to become eligible to essentially play in one or two games.”

Throughout the week leading up to the game, the men’s lacrosse team saw members rotating in and out of quarantine. This gave the team, particularly the defense, limited time to get into a groove prior to the game.

At halftime, the Owls were losing 8-2, which Theriault said is partially a reflection of the limited time the newly-assembled team had to prepare. “Our defensive unit didn’t really have any opportunities to gel together,” Theriault said. “And I think that’s sort of what happened in the first half of the game.”

The team snapped into place during the second half, closing the gap for a final score of 11-10. Although the Owls did not secure a victory, Theriault expressed his gratitude for the three returning players for stepping up to compete, “I was really thankful and proud of the three guys that stepped in to help out.”

Frantz said it was a cool experience to rejoin the team, something he attributed to the small size of Keene State. “It was kind of a fun, small school moment to have my friend ask me to play in this one night because he couldn’t and everyone else was stuck up in quarantine,” Frantz said.

Disclaimer: Soren Frantz is the Photo Editor for the Equinox. 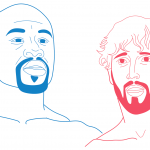