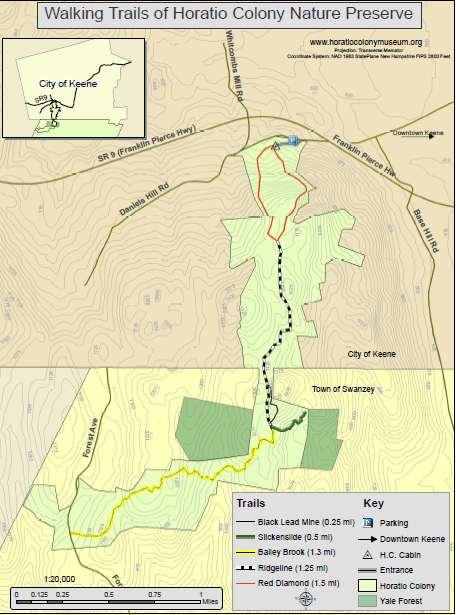 As the school year is coming to an end, there are many spots around Keene for students to escape to before they head home.

Horatio Colony Museum and Nature Preserve was established to preserve the cabin and surrounding area owned by Horatio Colony II in the 1800’s. Horatio Colony II had a great love for nature and wildlife so when he inherited this land, he allowed it to grow back into its natural state.

The Horatio Colony Nature Preserve is an area that is approximately 645 acres, with a five-mile network of trails. The preserve is located approximately 10 minutes from campus and offers a vast area where students can go and explore before leaving campus for home. Some common wildlife can be seen along the trails, such as birds and chipmunks. There are a vast array of trees, plants and flowers along the trails. The trails are well-maintained, with only a few roots to get over along the way. The trails range from low to moderate intensity. The longest trail is approximately 1.5 miles, while the shortest trail is approximately 0.25 miles. The trails are very well-liked by the public, due to the area being so well preserved. If one is going to explore the entire network of trails, it would be beneficial to download the map from the Horatio Colony Museum website.

The information posted in his cabin on the Red Diamond (1.5 miles) trail says that Horatio Colony II had a knack for writing, and this area gave him quiet and inspiration. This area not only offers a place for students to get out for some fresh air and a walk in nature, but it also offers a place where students may find the inspiration they have been looking for. Maybe stay awhile and see if you can find it.

Leaf Stirring
But one leaf stirs upon the silent brush. Does it move for pleasure, or does warm breath push
Back and forth, or is it gently fanned By magic, not so rare in this wide land?
It taps and strikes and thumps like the mind’s wish
It makes one think of secrets in the air, Of gusts that move on narrowly and selfish,
Coming to rest most any place and where,
Making the bush of this one leaf aware.
Nor can this green leaf halt or stand or sleep
But goes each way by witless motion called
Against the leaves cut out of emerald,
Against that mass of green in a tall heap.

Piper Pavelich can be contacted at:
ppavelich@kscequinox.com 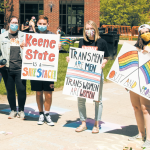 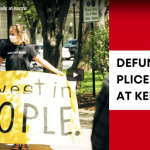