“Love, Death, Robots” is an Emmy-award-winning sci-fi short film anthology that finally delivered its second season on May 14, 2021.

Each episode, or short-film, in the show centers around three themes: love, death and robots. This season has eight new episodes for consumers to enjoy starting off with “Automated Customer Service” and finishes with “The Drowned Giant.” This commentary will be as spoiler-free as possible.

If you would like a show that pushes the envelope a little more than “Black Mirror” and a show that is kind of a spiritual successor to “The Twilight Zone” look no further than “Love, Death, Robots.” The show is sci-fi based and starts with an episode that taps into the fear of artificial intelligence (AI) specifically within home improvement (AI) like a Roomba all the way to automated customer service.

The second episode follows up with a 2-D animation style called “Ice” where a group of friends go to a different planet for a local wildlife thrill of running from Space Whales.

The unique animation style of the episode really plays to the episode’s strength showcasing color contrasts that add to the overall storytelling of the episode. I will not go any further into the art style or episode because the only way I would be able to elaborate on those points is through spoiling the rest of the episode.

An episode that opens the horror side of this series up is “The Tall Grass.” This episode consists of a train that happens to run out of steam within an area of tall grass. The protagonist we are following decides to head out for a smoke and not follow the advice given to him by the conductor to not stray too far away from the train. Once in the tall grass, he finds a rather unruly surprise that almost costs him his life.

The episode “Pop Squad” is the third episode in the second season of the anthology and really brings the darkness of the series to the forefront. In a future society people live forever by getting rejuiced, but in doing so, give up their ability to have children. This presents a unique situation where a ‘Pop Squad’ goes around “taking care” of children who were not scheduled to be born. The question leaves viewers with many questions afterwards such as, are the children used for the rejuvenating juice?

The second to last episode I will tease is “All Through the House.” This episode is a Christmas episode with a twist. Every kid who celebrates Christmas wants to get a glimpse of Santa, but what if Santa is not all that he is cracked up to be? Due to this episode being seven minutes long, I will end the tease there because anything else would be a major spoiler.

The series ends with the episode “The Drowned Giant.” This episode entails a scientist studying the decomposing body of a giant that has washed ashore. There are not a lot of questions answered about the giant, but that seems to be the goal of the episode. The goal seems to be to study why humans ,when presented with a massive giant, would not study the giant and prefer to treat the decomposing body similar to a carnival ride.

“Love, Death, Robots” is an incredible series that showcases some of the most creative and exciting storytelling seen on the small screen. It is truly an experience watching the series from start to finish and the episodes are all short enough to where that task can be accomplished in a morning or one night. I truly think everyone should give this show a watch if not to think about the storylines then just to enjoy quality storytelling. 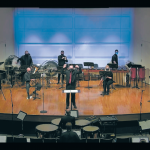