Philosophy and communications professor Dr. Sander Lee will give a presentation on Elia Kazan and the Hollywood blacklist as part of the virtual KSC Seminar series on April 14, 2021.

The focus of the lecture will be Elia Kazan, who notably sat in front of the House Un-American Committee in 1952 and informed them of his colleagues’ involvement in the Communist party.

Lee wrote a paper on the topic, according to the paper’s abstract, “In April 1952, Elia Kazan appeared before HUAC and named names. Although he refused to do so in an earlier appearance, this time, having been warned that his film career was in jeopardy, he named many of his colleagues and friends. While he is far from the only one to turn informer, his case garners the most attention for a variety of reasons. In this essay, I examine Kazan’s justifications for his acts, acts that contributed to the destruction of the careers of many of his talented colleagues and friends. I wish to discover whether his arguments are philosophically plausible and how the themes in his film ‘On the Waterfront’ contribute to the debate over these issues.”

All presentations will be held virtually, and links to the seminars can be found of the Keene State College event calendar. 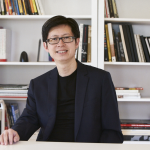