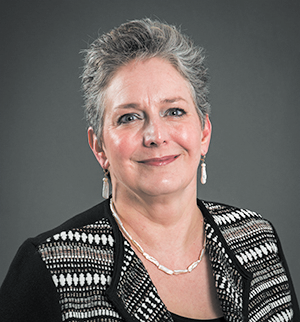 Dr. Kimberly Lauffer is currently a professor of journalism at Ball State University (BSU) in Muncie, Indiana. She will finish the semester at BSU, but next fall she will be teaching at Keene. At KSC, Lauffer will specialize in social media journalism, an area the department has been looking to expand upon for a while now. Chair of Journalism, Multimedia and Public Relations department, Dr. Chad Nye said this could mark the beginning of a new era for journalism at KSC.

“I think it means that we’re on the verge of a new frontier,” Nye said. “Our news is migrating to our phone, one way or another. Whether that’s through an app or social media. Journalism is on a new frontier of understanding how to bring traditional journalism products to a social and mobile audience and journalism education needs to be on the edge of that frontier too.”

“It provides uniqueness for students,” Johnson said. “It’s an area that has emerged recently and it’s an opportunity for graduates to find careers in that area. This is the area of the present and future.”

Lauffer said she became interested in Keene State because she was looking for a place where the focus was on interaction with students, adding that she felt BSU places a focus on research.

“I’ve spent less time working with students and advising or mentoring them,” Lauffer said. “I miss that. I saw the position at Keene and applied.”

Nye said the department was looking for someone who could establish a close advisoral relationship with journalism students and help them learn more about social media.

“She really seemed to have a heart and a desire to work with students on making social media journalism a new program here so she was perfect for what we wanted,” said Nye.

Lauffer, who has been a teacher for more than 20 years now, said she was introduced to journalism when she landed her first high school teaching position. At that time, Lauffer had graduated from Michigan State University with a bachelor’s degree in English with a minor in biology and secondary teaching. The course she was hired to teach was English and journalism.

“I sort of had to teach myself and my students,” Lauffer said. She added that journalism felt like a perfect fit and she fell in love, later getting her master’s degree in journalism at Michigan State University.

Lauffer said her interest in social media sparked when she was teaching at Towson University in Maryland and Facebook had just started growing at the time.

“We started learning how social media interacted with traditional media,” Lauffer said. Her and her colleagues worked closely with a social media specialist at the school and they eventually “married” the concepts of journalism and social media.

Currently, Lauffer manages the social media for a local Lions Club and she assists a local garden club with their social media.

Lauffer mentioned a lot of people rely on social media for information. “It seems to be the first place they learn about what is going on in the world. Journalists need to learn to leverage social media for sharing stories and crowdsourcing.”

Social media platforms like Twitter can also generate a spread in false information, according to MIT News who conducted a study in 2018 that found on Twitter, false news travels faster than true stories. Lauffer said that many individuals tend to limit the amount of information we take in to keep it more manageable. She added that many only listen to those who agree with them which can result in an echo chamber. Lauffer added that this doesn’t just apply to social media.

“This happens with traditional media too,” Lauffer said. “There are newspapers and cable news that cater to certain audiences. I don’t think social media is to blame but it contributes to the development of an echo chamber.”

“What excites me the most is helping the department and student media capitalize on the social media experience,” Lauffer said.

“We are going to be doing social media from a journalist’s perspective for the advancement of journalism,” Nye said. “So it’s a person coming here on a mission that is going to change the future and direction of the department.” 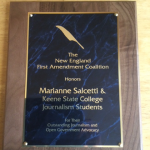