Keene State College students attend the thrive event ‘Can we disagree and still be friends?’ 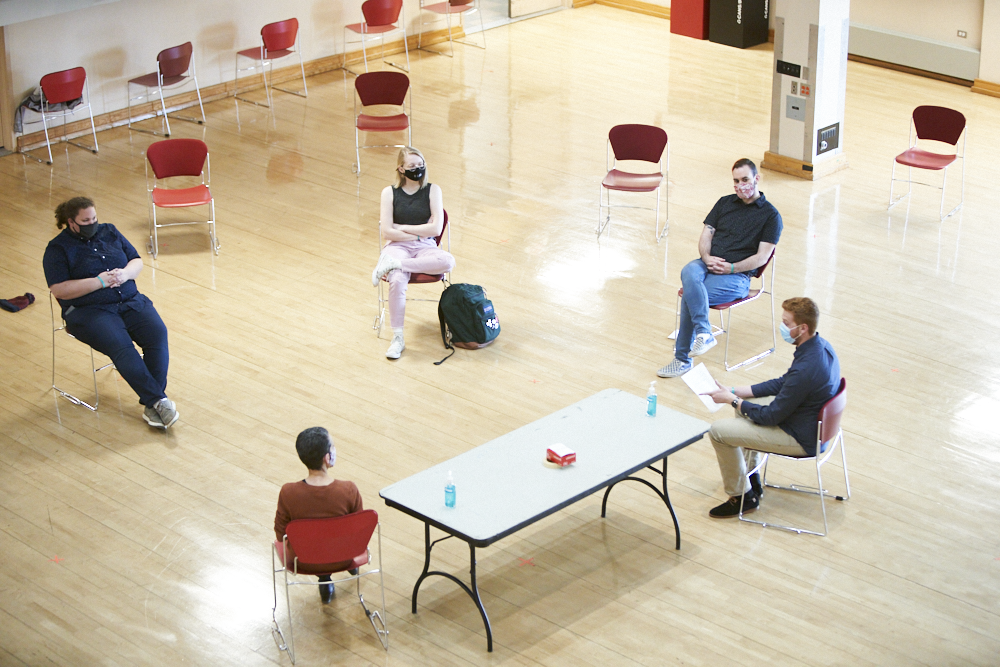 Can we disagree and still be friends?

This was the topic of the in-person open discussion event sponsored by the Courageous Conversations Committee (CCC) in order to facilitate conversation and the sharing of perspectives over this issue.

Hunter Kirschner, the Coordinator of LGBTQ Student Support, was a facilitator of the discussion and offered some insight on several aspects of it as well as the group that sponsored the event.

“[The CCC] is a very small group of staff and students who come together and organize those conversations. We’ve been around for a few years now,” said Kirschner. “We usually run a few conversations each semester. This particular year everything is kind of upside down. Part of our model is being in person, being in a circle. We tried to do some conversations over Zoom but we had a really hard time…Wednesday was a little bit of a pilot to see how we can transition our model into a COVID-era circumstance.”

The in-person event was set up seminar-style with socially-distanced chairs in a circle around the Mabel Brown Room. They were prepared for a lot of participants, but only one student, senior Colette Rinker, actually attended the event. As a result, Kirschner asked tech assistant Aurora Caraballo and the event covering Equinox reporter to join the conversation so discussion on the topic could really take place. Six people in total attended the event, with three of them being facilitators Hunter Kirschner, Celia Rabinowitz and Jake Allen.

The discussion brought up many topics stemming from the original question.

“What happens in the aftermath of a disagreement?” asked by Rinker, directing the group to questions pertaining to the “productivity” of difficult conversations as noted by Allen.

On the topic of how friendship is understood, Rabinowitz contributed, “To me, people’s trust and respect is more important than whether they like me or not. When you have a disagreement, it’s about your relationship as friends and respect for one another.”

Everyone contributed to the conversation, and at no point did things turn hostile or tense.

“The nice thing about [the CCC] is it creates a container to have those conversations,” said Kirschner. “This is an opportunity to pull together whomever, right, wants to join this conversation and be able to listen. And hear other peoples’ perspectives and see how it interacts with our own lens and understanding of how things are.”

Why should students have conversations like this on a college campus?

Kirschner added, “I think those spaces are beautiful to talk about things that you wouldn’t necessarily… we can build connections on campus and feel grateful for the people around us. That sense of belonging, I think we all want that, and I think that’s how we think about the college experience.”

“Our goal is to create that space where we feel comfortable to share without judgment or ridicule. That’s what we’re striving for. This is an opportunity, like, ‘No, you are brilliant, you are an expert of your own experience and how can you share that expertise with other folks and learn from one another.’”

The nature of an open discussion is often, indeed, to listen to multiple perspectives. At a point Caraballo discussed a particular disagreement with a peer, and the discussion participants contributed advice and opinions on how to deal with the issue while sympathizing with the challenges of initiating a difficult conversation. Rabinowitz once again brought up the concept of respect and noted strongly “You’re allowed to have boundaries,” which was well accepted by the small group.

It is uncertain whether there will be another open discussion from the CCC this spring semester. Typically, though, they are offered three times a semester, usually monthly. To find information about events like this one, students can reference the event calendar, social media and Hootie’s rewards. To incentivize participation, these discussions are often offered as extra credit by the professors of some courses.

Abigail Dix can be contacted at:
adix@kscequinox.com

My world as I see it... NOT Previous
RALLY TO STOP AAPI HATE Next 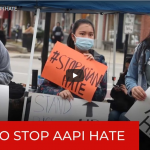