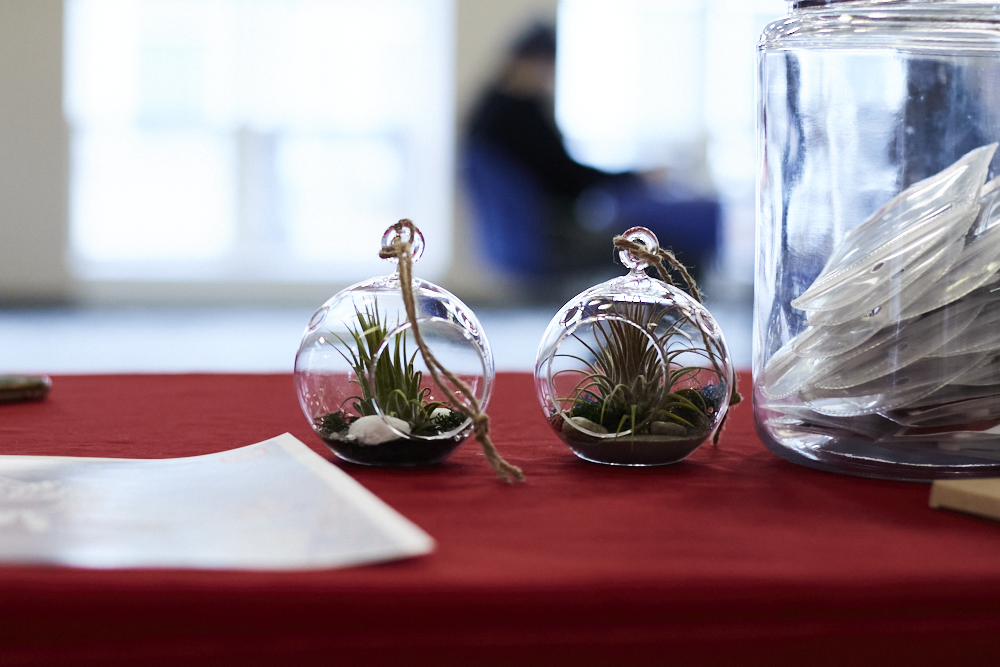 The event was held in the Lloyd P. Young Student Center West Atrium where students could collect the materials, then move to a table within the same area to assemble their creation.

Student Center Programs Coordinator Brandon Carta explained the event and the idea behind it. Carta said, “Everyone gets a plant, everyone gets a glass globe, everyone gets options of different sand colors, different colors of monster green, purple and blue and then different seed glasses and rocks, which are a variety of different colors.” Carta also said this event is the only setup they are redoing from previous semesters due to its popularity. Carta said, “It was probably the most popular event because we had a variety of different students that showed up for it, that we hadn’t seen that other Friday programs in the fall. And we had a lot of students sort of come through, like after we were done and just ask, ‘Oh, is this still happening’, and it wasn’t, and we had run out of supplies. So it is the only event that we’re redoing.”

Student Center Program Assistant Casey Brown agreed that the event was popular. Brown said, “We have been told today is our best Friday program so far this semester. So we’re really proud of that.” Brown also spoke about the room flow of the event, saying, “We have our little welcome table as well as the table with our globes and then plants and sand to kind of put in those globes, as well as snacks. And then, on the actual assembly tables, we have mosses, rocks and crystals as well as some seashells for people to really make them their own.” Brown also said there have been some unique designs. Brown said, “Several people have done little like ‘under the sea’ ones.”

Keene State College first-year Jasmine Gleason was also an attendee at the event. Gleason said the event caught her attention because of her sister. Gleason said, “My sister has always been into air plants so I thought I would take a try at it.” Gleason also said, “It was just nice and relaxing. Nice to do on a Friday.”

Also attending the event was Keene State College junior Grace Canet. Canet said the event is a personal favorite and was a great way to end the week. Canet said, “It’s been really enjoyable, really nice people to work with.”

My World as I see it... NOT Previous
TKE collaborates with Hundred Nights shelter Next 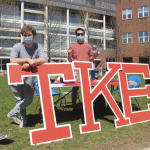