One year after arrests, students protest 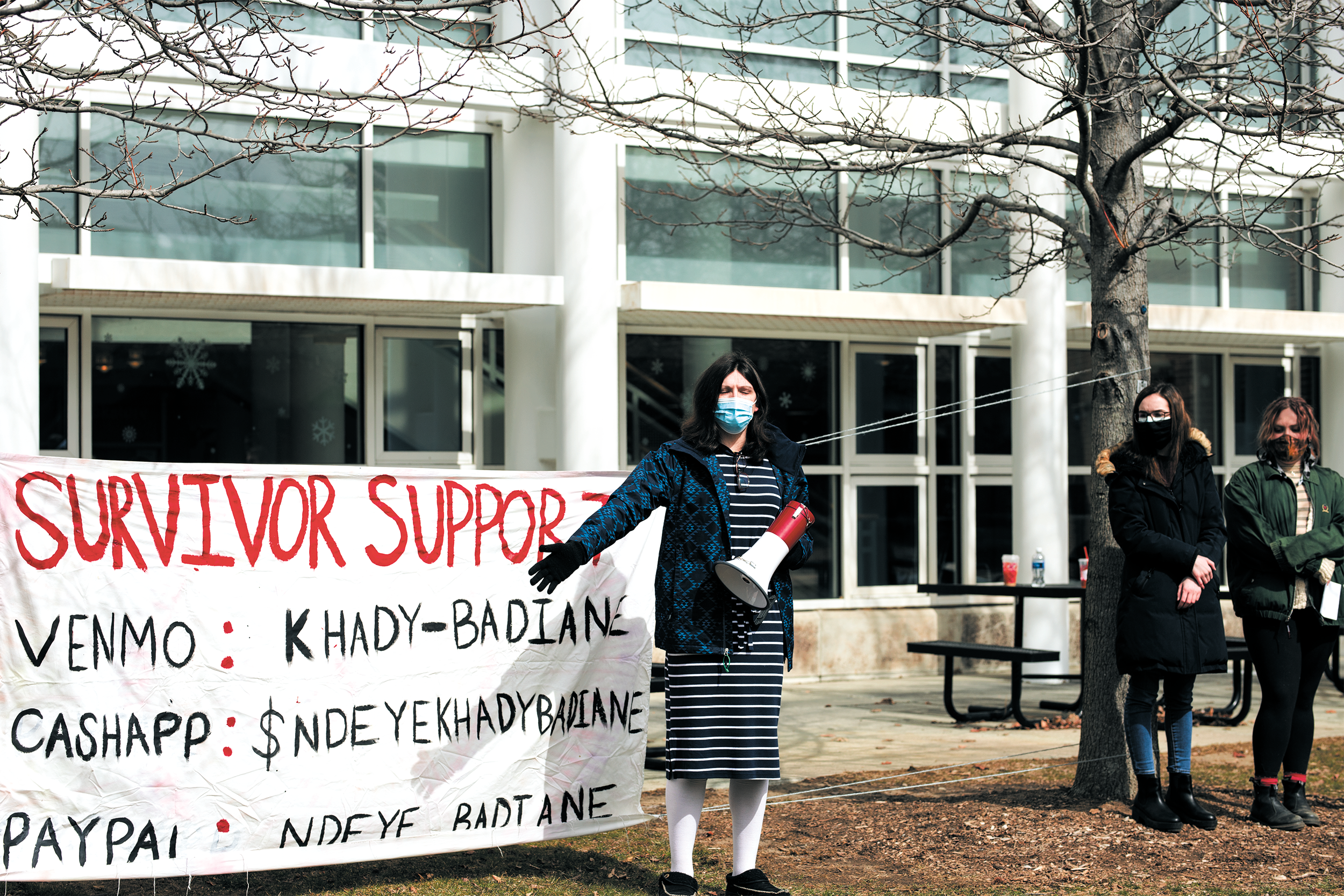 One year to the day of Khady Badiane and Tyler Clavelle’s arrests, a protest was organized in support of the couple.

KSC senior Emma Provencher, one of the protest’s organizers, said, “Originally I’d seen the post and everything and I was ready to go to the first [protest], and obviously it was cancelled and everything. So, I just felt immediately I wanted to take that upon myself and find other people who were interested and make sure it happened.”

Provencher continued, saying she wanted to make sure that the protest was to, “not only make up for the whole incident, but then on top of that, the first one being cancelled, too.”

Senior Emma Connelly, another organizer of the protest, said, “When I came to the first original one, not a lot of people had shown up… so I wanted to help out to make a better one to make a better turnout.”

At the protest, Provencher read a statement from Badiane and Clavelle’s defense attorney, “What happened to Khady and Tyler was not an accident or misfortune, what happened to them was neither unique nor unexpected. It was the ordinary violence our country inflicts on Black, indigenous and other people of color in this country. It was violence that was made lawful and ordinary.”

“I was honored to represent Khady as her public defender, when she was wrongfully accused of crimes after being violently tackled by armed police officers outside of her dorm room,” Khady’s defense attorney said.

Those who attended the protest were invited to speak as well. Robin, a former KSC student who attended the off-campus protest last month, spoke at the protest. Robin told their story about contacting the suicide hotline in early November. Following the call, maskless officers from the Keene Police Department arrived to “rile me up at six in the morning,” according to Robin.

Robin, as well as other protestors, expressed their disappointment with President Melinda Treadwell’s lack of presence at the protest.

“The fact that I don’t see Melinda Treadwell here, or anyone else important… I’m very disappointed to not see Melinda here. I would like to see more staff and even more students.” Robin continued, “If we do more of this [protesting], they [KSC faculty] can’t ignore this, if we went up to where Melinda Treadwell is… they wouldn’t be able to do anything… let’s use our numbers and let’s do something about it,” Robin said.

Robin then asked the crowd if Treadwell was in the crowd, which received no response, “She may not be here, we may not be able to go to her and harass her… what I did a month ago… is just email her and say this is unacceptable.”

Students who attended the protest expressed their reasonings for attending. Senior Isabelle Honey said, “I think it’s important for people to actually come here instead of posting a black square on Instagram and calling it activism.”

Sophomore Katie Rochette, who was holding a sign that read ‘Keene State let RD Jess[ica L’Hommedieu] resign, address this.’ “I’m frustrated that RD Jess was allowed to resign and wasn’t held accountable for her actions and calling the police and escalating the situation. A resignation isn’t a mark on her record, the same way that being fired or investigated does. It doesn’t hold the same level.”

A few faculty members also attended the protest. “I’m [on] women and gender studies faculty, and clearly I have been following my best [with] this case. As faculty, I find it very problematic the relationship between police and the students, however I think it is so complicated. But right now… as faculty I’m here supporting the students… it’s very important to listen to students directly,” said Patricia Pedroza-Gonzales.

Associate Vice-President for Institutional Diversity and Equity Dottie Morris also attended the protest. Morris contributed, saying, “I wanted to support the students in their efforts to use their voices because I like to support students and that’s part of what we do here.”

The organizers of the protest set up an instagram page @ksc_studentsforchange where future plans will be posted.

Tom Benoit can be contacted at:
a.e.@kscequinox.com 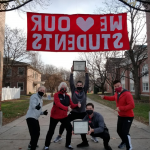 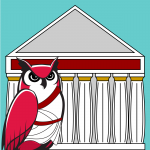