Interim Vice President for Enrollment and Student Engagement MB Lufkin said, “The decision was part of a larger decision of the reorganization of the campus, so as we know had Huron earlier this year to come in and do assessments of different area of college so that we can find improvements in both the student experience that will also allow us to save financial resources, so it really sparked as a part of that when we started talking about how might we redesign our residential experience to be focused on specifically the student experience, so as a result of that the idea came upon us that there is really a synergy between orientation and transition and community living.”’

Justice said that the merge will ensure that the two offices are not over programming on top of one another, “We are actually aligning all our services, to match students, and to provide the best quality experience that we can for them.”

According to Lufkin, there are few positions in Res. Life that is in transition at the moment which hasn’t been publicly announced yet.

One of the student coordinators for orientation Kelsie Dickey said, “I have been with Casey in many different levels of being just a staff and now working side to side; she is probably one of the most hardworking persons I have known; she is constantly trying her best for the program and for the school.”

Justice also works with the Dean of students office for the Academic CARES (Concern Awareness REsponse Support) team. She further explained that the faculty and staff on campus can submit a CARES report for students who might be struggling with their classes. The CARES team then reaches out to the students to help them figure out the problem and connect them with the available resources. Furthermore, Justice is involved with the Progress Reports on campus as well. Progress Reports, or a suitable grade report, allow a student to have access to his/her grade, according to the KSC’s website.

Justice’s office also coordinates with parents and families to keep them aware of what’s happening on campus. Justice said, “We always like to say that  the whole family goes to college at Keene State. It’s really important for us to ensure that parents know that they are part of this process,” Justice said that they create an online program every Thursday night in the first semester for new families.

With the new change, a ‘residential education component’ has been added to the office. According to Justice, the added responsibilities are: residential life, supervision of residential directors, staff, the RAs (Residential Assistants) as well as the housing lottery process. Justice said, “I think there are a lot of synergies between the two areas and I think this will only enhance the student experience for them as we move forward.”

Director of Residential Life Kent Drake-Deese was not involved in the process of making this new change. Drake-Deese said, “She (Justice) is a highly capable professional with boundless energy who can make our students and Keene State a priority.” He further said that he did not know how the reorganization would be rolled out.

Lufkins said, “The decision was made really by myself and the executive team together jointly that we will expand the role of Director of Transitions and Community Living so put Residential education under Casey’s portfolio.” She further said that it was the senior leadership having the conversation based on the Huron recommendations.

The email sent out on behalf of Lufkin stated that Justice will be primarily responsible for the execution of an effective, creative, and well-rounded student orientation program, family program, and residential life education curriculum in her new role.

Justice said that even though the reorganization is much needed, it can also act as an obstacle. She further said, “There are a lot of adjustments that are happening on campus. I tend to be on the side of let’s change it if it makes sense and it meets students where they are… as long as a student’s experience isn’t altered while we are continuing with the change and the reorganization, then we are good.”

Alumna of Keene State College of class of ’03, Justice returned to the campus in the spring of 2007. She has held multiple roles in Student Affairs, including Residence Director and Coordinator of the First-Year Residential Experience.

One of the student coordinators for Orientation, Maddie Phaneuf said, “I think her last experience of working like an RD and working with Res. Life is very valuable.” Phaneuf further shared her excitement regarding the new change, “I think it’s gonna be helpful to create a United front. I think it’ll allow for there to be less miscommunication between the departments and I think it’s great for students especially because it gives them an opportunity to serve in both of these leadership roles.”

Students can now be both Orientation Leader and Residential Assistant which was not possible in the past two years, according to Phaneuf.

Phaneuf calls the Orientation Program Justice’s third child. “She is so passionate about it and I think it will be really good to translate that to Res. Life too cause I think she’ll bring just as much passion and excitement in Res. Life as she does to Orientation.”

Justice also serves as an advisor to the Class of 2021 and has been engaged in the creation and execution of the First-Year Seminar class, according to the email sent out on behalf of Lufkin.

Justice said, “I enjoy coming to work on a daily basis, I enjoy seeing a student come in as a first year student, four years later, graduating and walking across the stage, for me those are those moments that really mean so much to me, of a student just becoming confident and ready to step out into the working world and kind of taking it by storm.”

“I had such a strong connection when I was a college student and to come back and be welcomed in this community of folks; we have faculty and staff that have been here for 20 to 40 years and that goes to show what kind of community we have, we get people that come to Keene and stay because it is such a wonderful community, and for me I think that’s the piece that’s always so refreshing.”

Regarding the new changes on campus, Lufkin said, “President Treadwell has been clear about the fact that it [redesigning and restructuring] is an evolving process and that we are making changes overtime, so I expected there will more changes coming but every change that we are making is really focused on putting the students at the center of the decision, so how do we capitalize on this strength of all our team to make sure that when students hear about Keene State, it’s positive and welcoming.” 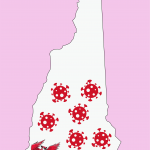