Democratic Representative incumbent Ann Kuster has won her second congressional race. This is Kuster’s second term serving for the U.S. House of Representatives for New Hampshire District 2. Representative Kuster won with 136,357 total votes, or 55.22% of the vote. 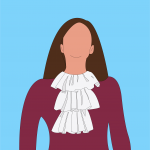