All throughout our planet, many species are teetering on the verge of becoming extinct because of a variety of human activities. The statistics of these animals are incredibly grim and very surprising to many people: one out of four of the Earth’s mammals are threatened with extinction. Another scary statistic is that over 40 percent of the planet’s amphibians are also threatened. While saving these species may seem like a lost cause to some, I believe that it’s never too late to prevent these animals from becoming extinct. There is too much on the line to not give these animals a second chance.

There are many reasons as to why so many people poach endangered wildlife but a few of the reasonings include ivory for jewelry, pelts and fur for clothing, rugs, and tapestries, horns for traditional medicines and meat for food. In my opinion, the only reason that is semi-valid is when someone poaches an endangered animal for food. I believe this is a semi-valid reason in only certain situations because no one should just kill a wild animal if they already have access and the resources to acquire food. I would say the only other situation where someone should kill an endangered animal is in self-defense.

In my opinion, poachers should be harshly punished when caught for their actions. I feel that if someone is caught in the act of killing an animal on the endangered species list, then they should receive the penalty of spending the rest of their life behind bars for their crimes. I feel this way because no one should someone be able to take the life of an animal whose species is at near extinction due to human activities. These human activities can include habitat destruction, over exploitation of the land and natural resources, climate change and pollution.

I believe that the companies who hire people to go out and tear down trees and vegetation from rainforests to make a coffee cup should be held financially responsible for tearing down vast amounts of land. When huge amounts of trees and vegetation are removed from an ecosystem, it leaves the wildlife that inhabit the area with little to no food to eat and not enough resources to go around.

In conclusion, I believe that no human being should be allowed to harm and or kill another wild animal whose species is on the brink of extinction due to human greed. Yet, I know that in this time of wild and corrupt politicians, not much will be done to fix these major issues. Until the day where people realize that the world and environment around them isn’t their own personal dumping ground, then the planet and its inhabitants will suffer. 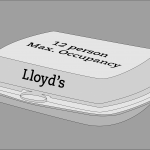 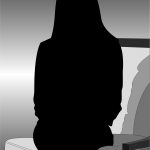